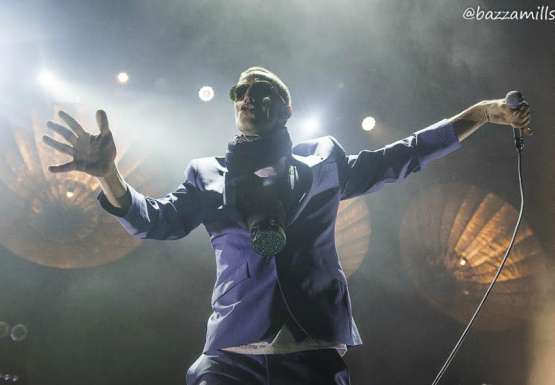 In an interview with BBC Radio Jersey, Richard Ashcroft talked about the music he's making now:

"I always write for the album but like many artists once you get out live you discover a new dynamic and once the songs are out, they become the people's songs. You get a sense of the songs and their power. And some of my songs from the past have achieved that. I still believe in the album. I know we are living in an age of the song, big hit, but I think things go full circle."

He also talked about  his song selection: "Some songs fit in with other songs for example 'Bittersweet' fits in with 'Lucky Man' even though it s a completely different emotion but I think the link is the soul of the singer and the voice. I like the fact that each song has its own little universe and it's different to the other tracks."

Ashcroft also discussed playing those old hits on Urban Hymns: "I still love playing the old classics. I remember my mum went to see Neil Young once and how disappointed she felt when she didnt hear certain songs. I love Neil Young. And I'll never forget that.  So in a way, you should never underestimate how important certain songs become for people.Who knows what happened when you heard that song? You might have got married, buried your brother to that song ...who knows?" and then went on to add "I went to see the Roses when I was 15 and the idea they wouldn't have played 'Waterfall' or 'She Bangs The Drums' would have blown my mind you know. I haven't played gigs properly for many years so I'm very excited again."

Finally, Ashcroft discussed the state of music and what he plans to do: "I'm 44 and I'm still hungry, excited and I'm gonna show younger people what it's about because unfortunately, , so many things have become so controlled now, the sort of element , the danger of rock n roll is going out and I'm one of the people who want to bring it back."