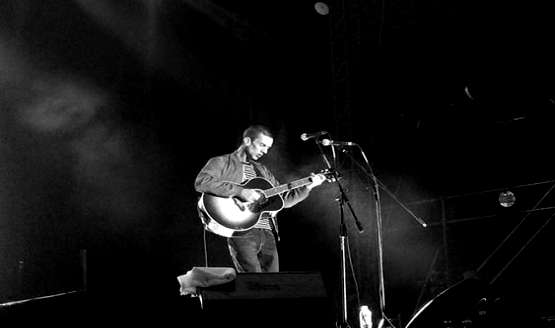 Standing alone on the stage, Richard Ashcroft gave the crowd some of the best tunes he's written 'Lucky Man','Sonnet', 'Bittersweet Symphony' and more. The setlist consisted mainly of The Verve's classics as well some of the songs from his solo career.

It's good to see him back on stage again. Remember we told you about  Ashcroft's appearance in Zurich last month.

In other news, he said he'd release a new album next year.