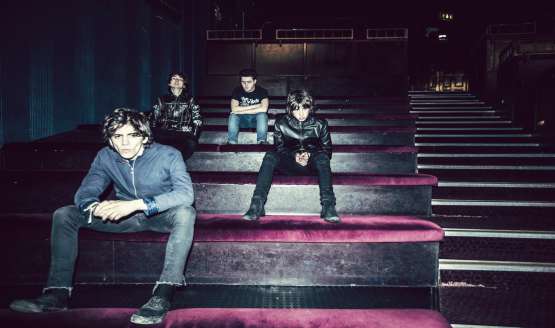 Pretty Vicious' new single went live this morning, and announced their new 'Cave Song' EP, a four-song collection to be released June 17th on Virgin EMI. The EP features three brand new tracks and a new version of the song ‘Cave Song' which is the first track they ever put out and got them noticed, for which they've made a brand new video which is a homage to their hometown of Merthyr Tydfil in Wales.

Pretty Vicious, fronted by the 18 year old Brad Griffiths, came onto the scene last year with the tracks ‘National Plastics’, ‘It’s Always There’ and ‘Are You Ready For Me’. Pretty Vicious is today one of the hottest bands in the UK and their debut will prove to be a classic.

This new EP shows the strides the young quartet have made, weaving influences of grunge, psychedelia, stoner rock and punk, with the songs showcasing a newfound emotional and songwriting depth. The band have a summer full of festivals and tour dates ahead which will be announced soon (festival dates below).

Watch their new video below