Pretty Vicious unveil new song 'Are You Ready For Me' 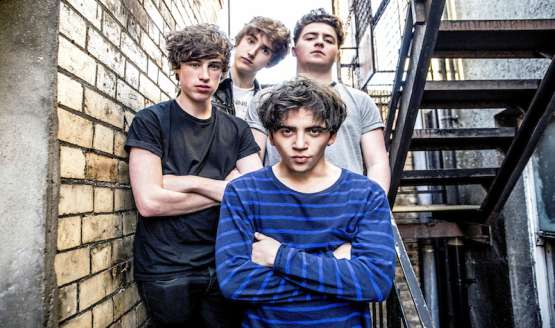 Are You Ready For Me premiered last night as Annie Mac’s Hottest Record. It’s their most urgent and unhinged track to date, with scuzzy QOTSA-esque guitars, tumbling drums and menacing vocals culminating in a kind of general meltdown around the three minute mark. It comes ahead them supporting the Vaccines at Brixton Academy on November 26th alongside playing their own headline dates in November-December.

The 16-18 aged four piece from the town of Merthyr Tydfil in Wales have had lots going on this year, first emerging with debut track Cave Song which generated much buzz, being featured on NME, Sunday Times Culture and the Evening Standard among others and followed it up with the tracks It's Always There and National Plastics, their first single after being signed to Virgin EMI.

They headlined the BBC Introducing Stage at Glastonbury, played rammed tents at Reading & Leeds festivals and did a session for Annie Mac on BBC Radio 1, in which she described them as "one of the most exciting new bands the UK has to offer”.

Listen to the song below