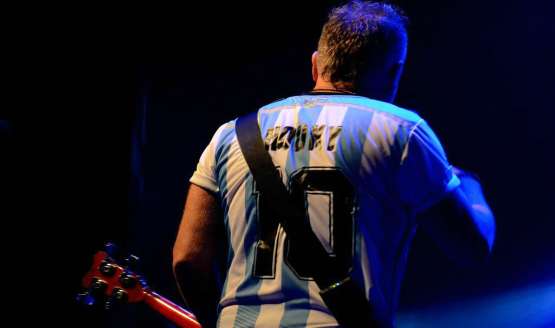 Peter Hook & The Light are to embark on a tour, performing the Joy Division and New Order compilation albums 'Substance' in their entirety.

Released in August 1987, New Order's 'Substance' became the band's best-selling album ever, selling 2 million copies in America alone. It featured 12" mixes of their singles as well as versions of ‘Confusion’ and Temptation re-recorded for the LP.

Joy Division's 'Substance was released the following year in July 1988 and featured all the singles which did not appear on the albums such as 'Transmission',' Love Will Tear Us Apart' and 'Atmosphere'. The LP also featured their b-sides, tracks from their EP 'An Ideal For Living' and the Factory Records sampler.

The list of dates for Hooky's tour events to promote his third book have been announced for October 2016.