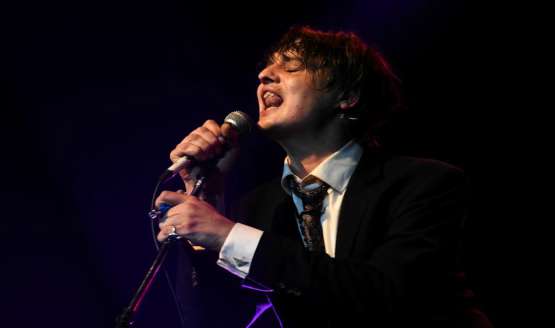 Can't actually recall how many concerts I've seen at Vorterix in Buenos Aires, but definitely quite a few and I have to say as a relatively small concert venue it really exceeded my expectations last Friday (May26th). The sound was really good and people arrived early to see one of Britain's most influential singers of the last few years, the charismatic frontman of the Libertines; Peter Doherty.

I got to the venue, in the heart of an area known as Chacarita in Buenos Aires, at around 7 pm. Doors were opened at about 8 pm I think. It was quite a long wait until the show as it was scheduled at 930 but definitely worth it. Had great company. Our photographer and some of our friends happened to be at the place so we stayed chatting outside a bit and having a few drinks. Although, the area is not the nicest in town, there's a few bars nearby where you can have a drink.

This was Doherty's second visit to Buenos Aires  and his first as a solo artist with his new band The Puta Madres. He was in the capital last year with band mates Barat, Powell and Hassall to play a festival with The Libertines. The thing is that he loved Buenos Aires so much last year that he ended up staying like a month by himself and you could see him play in pubs and relatively small venues. Amazing times really for those who love The Libertines as you could get to see him anywhere in town.

But back to the gig itself, The Libertines co-frontman was in Buenos Aires to present Hamburg Demonstrations; his first solo album in 7 years which reveals a different sound and a more mature side of a Libertine turning 40 soon.

Peter Doherty and the Puta Madres took to the stage at about 9.30 just as it had been announced and the set kicked off with the first single off his new album 'I Dont Love Anyone (But You Are Not Anyone)' quickly followed by 'The Last of the English' another amazing track taken this time from his debut solo album 'Grace/Wastelands. The crowd went absolutely mental when they saw Peter onstage. I think the love is mutual. You could see he was really glad to be there on Friday. His new songs were thrown in throughout the set but it was, without a shadow of a doubt, the undebiable classics which got the crowd singing together, raising their arms and shouting out loud.

Some of the highlitghts of the night were reserved for the obligatory encore where Doherty sums up his talent and all his passion in a few last songs also paying tribute to one of his musical heroes; Noel Gallagher singing bits of Oasis "Don't look back in anger" . The set came to an end with Doherty throwing his guitar into the crowd and everyone singing in unison 'ole ole ole Peter Peter...' just like at a football ground on a weekend in town.

Doherty delivered a very intimate performance in this great venue. We loved it. The loyal crowd certainly loved it. Peter was on top form and it was an unforgettable night of great music full of old and new classics. The atmosphere was great. Mr. Doherty certainly knows how to put on a show mixing those anthemic Libertines tunes with his solo work which proved to be a perfect blend. Without a doubt,  all those who were there on Friday went home happy to have seen one of Britains most talented songwriters of his generation. 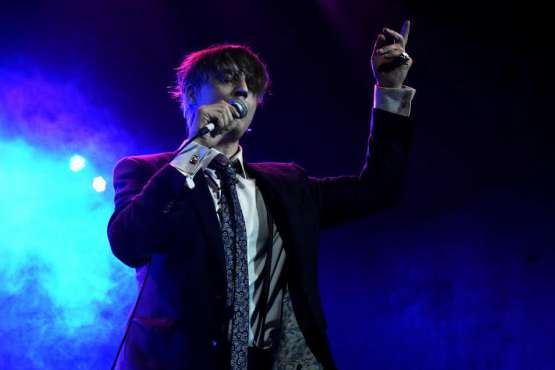 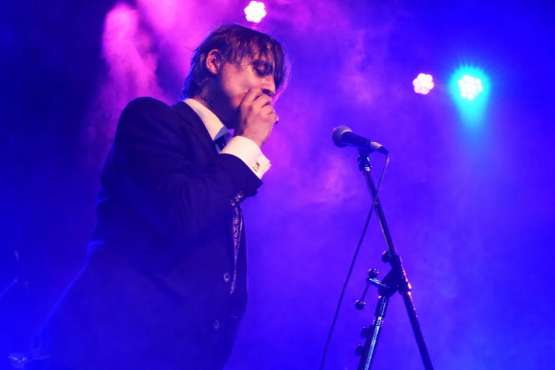 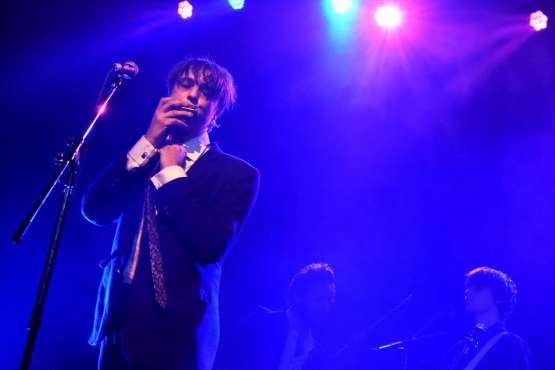 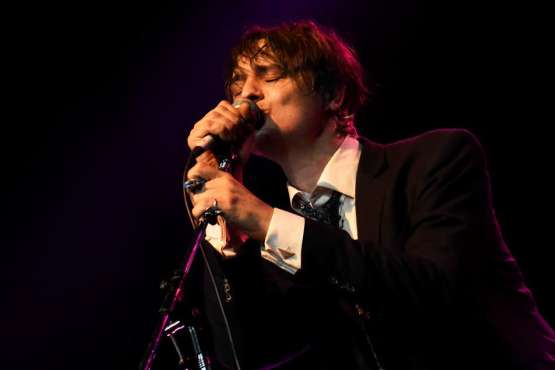 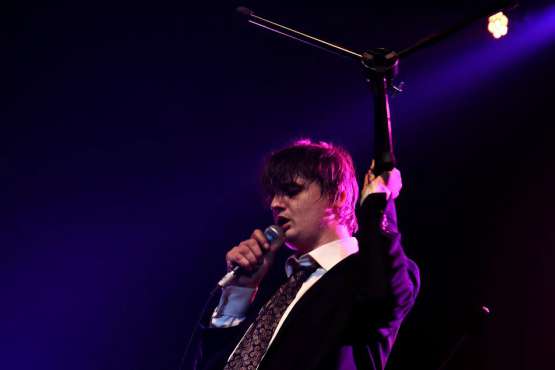 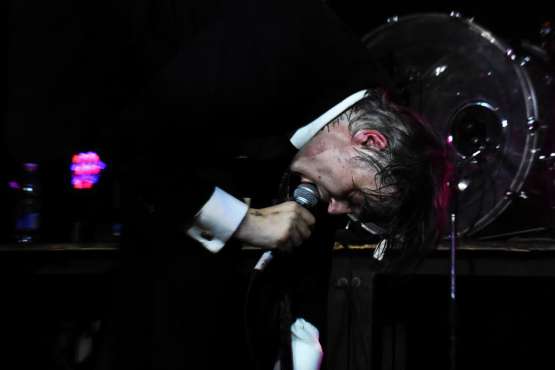 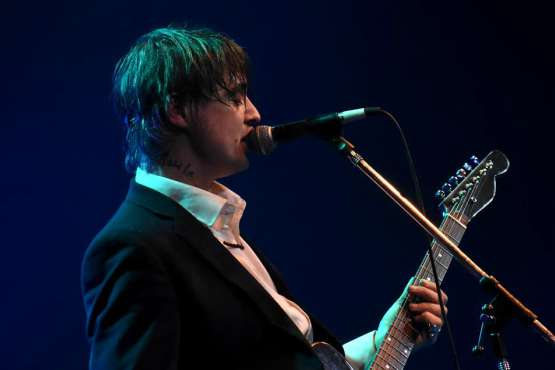 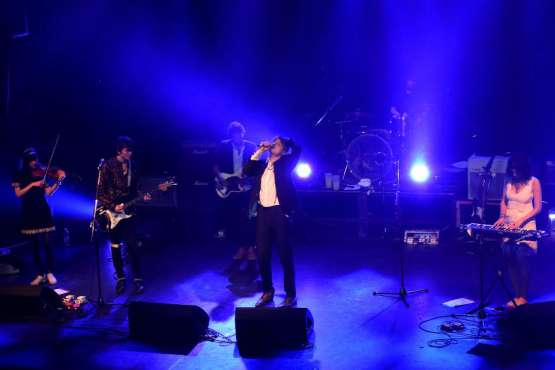 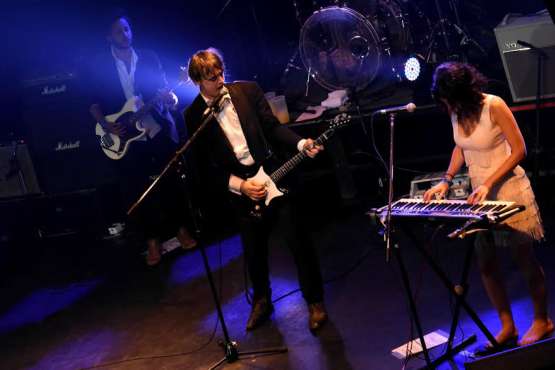 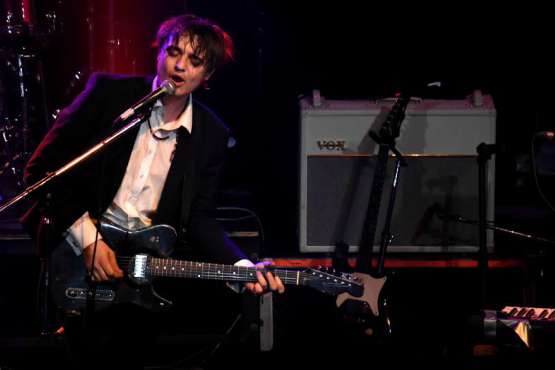 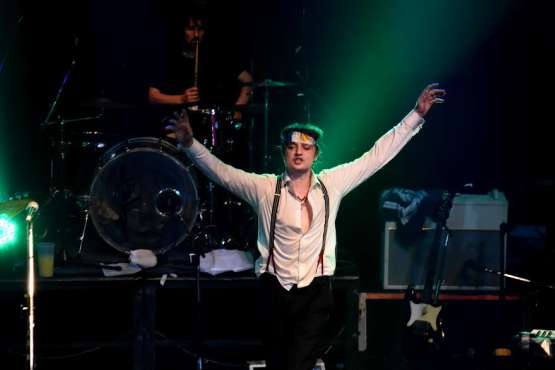 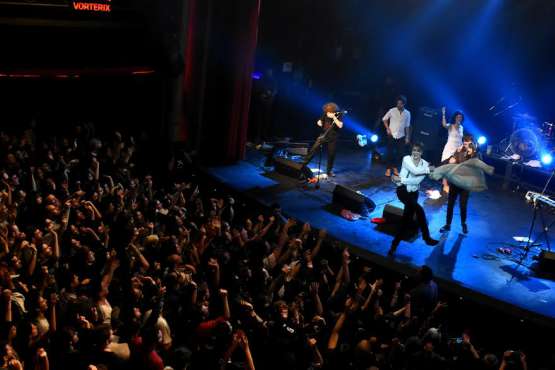