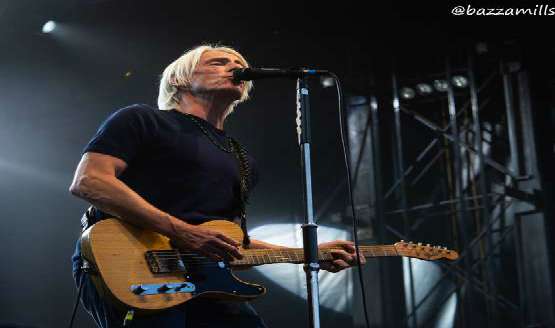 With a foreword written by Paul Weller.

Available for pre-order. This special edition is numbered 1 – 1000 and is signed by the author.

Music and photography have always gone hand in hand for Andy Crofts. In his teens he discovered a passion for taking pictures and described it as a life changing feeling.

With a few brief encounters through playing live and sending demos of his music he first met Paul Weller in 2006 which subsequently led to Andy being asked to join Paul’s band in 2008, and has been a permanent member ever since.

This book is a series of natural observations, from over the years of travelling and being part of the Paul Weller band.

In other news, Paul Weller and what he wants to leave behind https://www.kulbritania.com/en/bands/paul-weller-i-want-to-leave-behind-a-legacy   Also, watch new Paul Weller Lyric video below