Party At The Palace Saturday 10 and Sunday 11 August

Scotland party at the palace 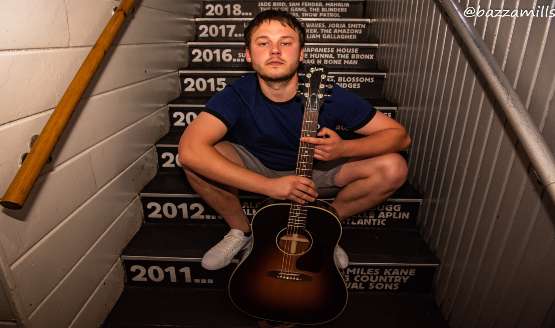 Party At The Palace

Kieran Fisher – Ma man..been pushing the Feesh for a few years now as I believe he has something special in the making. Be great to see him open the Main Stage on the Sunday and hear ‘Heather The Bleather’ and ‘Festival Song’ getting belted out. Not to be missed!

Carly Connor – No stranger to #patp, there’s a reason this lass fae Easterhouse keeps getting invited back. Carly is a diamond with a voice that melts those that hear it. Recent single ‘The Goldie Hawn Stole My Guitar’ has been getting some serious air-play in the Mills house since it was released and with her tight band alongside her, Carly is sure to go down a storm.

Viral Train Weans – It’s hard to believe these weans are so young. Both have talent in their own right and together they pack a punch that will be a great opening to the festival Main Stage. Make sure you get down nice and early!

Th13VES – Guitar driven five piece who have already sold out gigs in their hometown, Dundee, and played support slots at King Tut’s. Will prove popular with fans of Oasis and I’m sure they will pick up a few more fans of their own after they play in Linlithgow. Recent single ‘It Is What It Is’ is well worth a listen.

Luke La Volpe - Caught a little bit of Luke and his band earlier in the year when they played BBC Introducing at Tut’s. Instantly distinctive, Luke has recently supported Kyle Falconer and was selected to open for Tom Grennan at his sold out Goose Island night at St Lukes in Glasgow.

Fun Lovin’ Criminals – Festival favourites from my old T in the Park days, Huey Morgan and his band know all about gettin a crowd going and this is one set not to be missed.

Republica – Catapulted into the charts back in the 90s with their infectious singles ‘Ready To Go’ and ‘Drop Dead Gorgeous’, Republica are a band that have been on my bucket list for too long!

KT Tunstall – A favourite of my missus and any time I hear a KT Tunstall track it takes me back to those late night Singstar Battles..”Woo hoo”. I am informed from good sources that KT is something else live. Can’t wait to hear the crowd sing-a-long to ‘Black horse and the Cherry Tree’.

The Charlatans – From Some Friendly to Different Days this band ooze class. Caught their set at the Neighbourhood Festival a few months back and they were on fire. Fingers crossed ‘North Country Boy’ gets a run out!

Midge Ure – An 80s favourite that needs no introduction. Expect a selection of tracks from his days with Visage and Ultavox alongside some of his solo material.

Deacon Blue – Headlined the first PATP and it will be great to hear ‘Dignity’, ‘Real Gone Kid’ and ‘Fergus Sings The Blues’ once again along with any other gems the band choose to deliver. Iconic!