One of the Concerts that changed the world 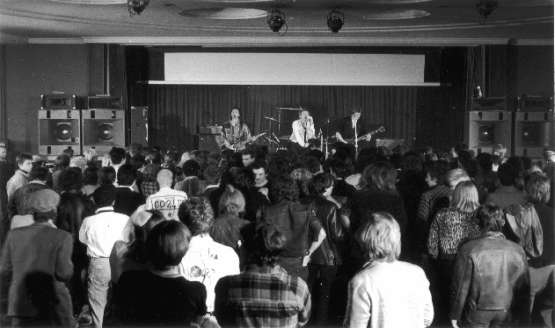 On July 20th, 1976, Buzzcocks made their live debut supporting The Sex Pistols and Slaughter & The Dogs at The Lesser Free Trade Hall, Manchester. In the audience was, Morrissey, Bernard Sumner, Peter Hook (soon to form Joy Division) and Mark E Smith, (The Fall) and Mick Hucknall.

That concert  was voted by Channel 4 television as one of the three most influential concerts of all time and it features in the films 24 Hour Party People and Control.