Noel Gallagher: "The 90s were brilliant" 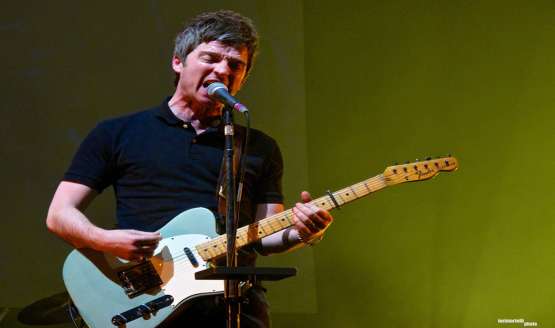 On this week's edition BBC Radio 4's Dessert Island Discs, former Oasis guitarist, Noel Gallagher answered questions from host Kirsty Young on Oasis and on the relationship he shared with his brother, Liam.

"When you are 10 and your brother is five it is a lifetime away and so I never hung out with any of his friends, but, yeah, we got on." and added "You can gain some strength from being in a band with your brother when everyone else is a stranger, but as time goes on it becomes your Achilles heel because you know how to push each other’s buttons.

"On our day we were great. People are there now at my concerts that weren’t even born then and they are crying at Oasis songs. All all over the world people are still in massively in love with that band – and none more so than me."

He also spoke fondly of the 90s, calling the height of Oasis's popularity "great days".

"What people are refusing to accept is that the 90s were brilliant. Think about that time, with Thatcher being ushered out and New Labour coming in. And Oasis, Blur and Pulp all those bands in the top five all the time."

Do you think people refuse to accept the 90s were great?

In other news, Johnny Marr told us in an exclusive that he'd consider joining Noel's band.