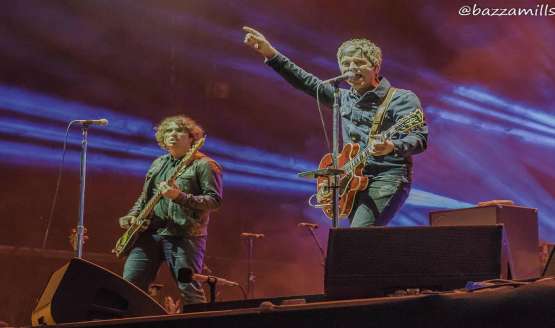 There are not many artists that can play Scotland four times on the back of one album but then again Noel Gallagher is not any artist and has not earned the nicknames “Chief” and “Governor” for nothing!

Support was provided by Circa Waves, Frightened Rabbit and the ridiculously talented Richard Ashcroft. I arrived in time to catch Ashcroft take the stage and was once again left mesmerized. Opening with the terrific ‘Out Of My Body’ and once again sporting his now customary gas mask Richard delivered a captivating set consisting of a number of Verve classics including ‘Sonnet’ and the mass crowd sing-a-long inducing ‘The Drugs Don’t Work’. Ever the epitome of cool, Richard with his acoustic guitar swinging on his shoulder announces “from one classic to another, this one’s called Lucky Man”. Does it get any better? Guitarist Steve Wyreman flew in from San Francisco to join the party and let it all go on ‘Music Is Power’ to the delight of the crowd. Set closer, the impenetrable ‘Bitter Sweet Symphony’ ensured Richard and his band provided the perfect prelude to the headliner with Ashcroft declaring “you’re the greatest audience in the f**kin world”.

Cometh the hour cometh the man, and with the threat of rain somewhat past, step forth Noel Gallagher and his band of High Flying Birds. ‘Everybody’s On The Run’ gets the show underway with the adoring crowd hanging on every word from the off. ‘Lock All The Doors’ follows before Noel somehow cranks it up another level with the pulsating ‘Heat Of The Moment’.

‘Fade Away’ is the first Oasis track to make an appearance in the set before the anthemic ‘Champagne Supernova’ elates the crowd into the mesosphere. Solo track ‘The Ballad Of The Mighty I’ is stand-out live track with the hypnotic bass alongside a pounding drum beat. At this point I had a look towards the drummer but only managed to get a partial view and it appeared Noel’s usual drummer Jeremy Stacey may have been replaced by former Oasis and Beady Eye drummer Chris Sharrock on the sticks.

Between tracks Noel shared some banter with the crowd and despite being a Hoops fan chuckled “I’ll be laughing my bollocks off as we put six past you” in reference to the recent Champions League draw. Forgotten Oasis gem ‘D’Yer Wanna Be A Spaceman’ continues to delight live whilst it is hard to imagine a Noel gig without ‘Half The World Away’.

Oasis classics (or songs of a generation as I call them) closed out another memorable night and with the thought of Chris Sharrock possibly being on the drums once again it got me thinking perhaps, just perhaps an Oasis re-union is not impossible after all – ‘Let’s All Make Believe’. 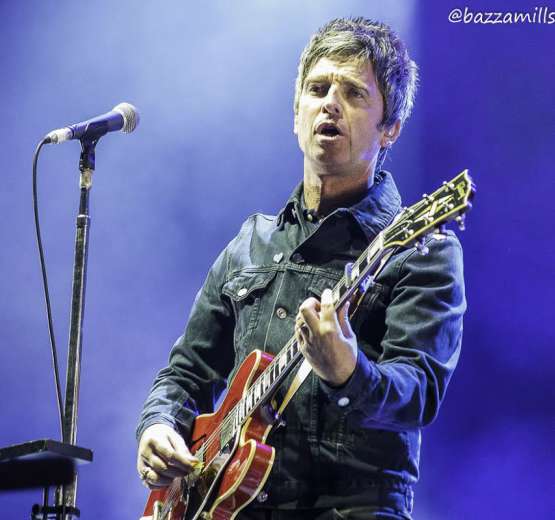 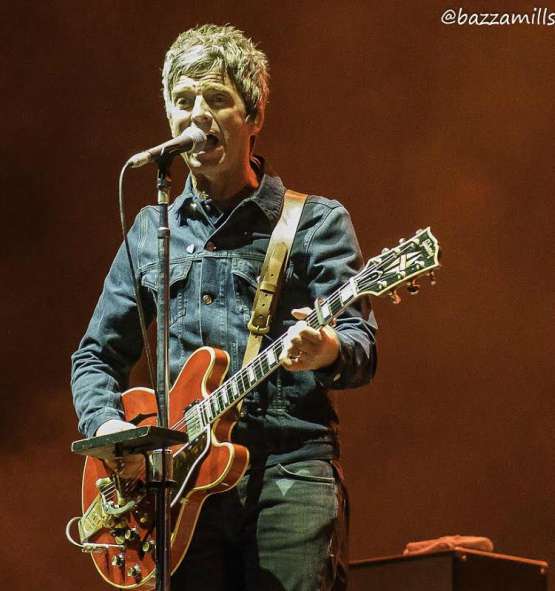 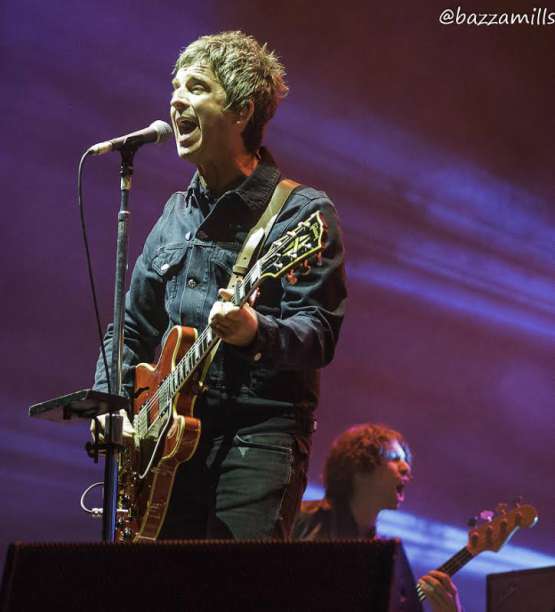 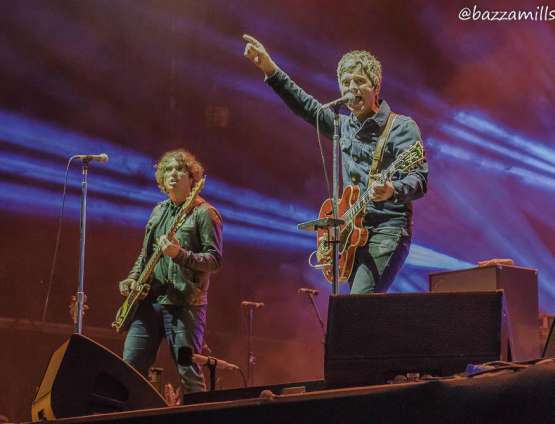 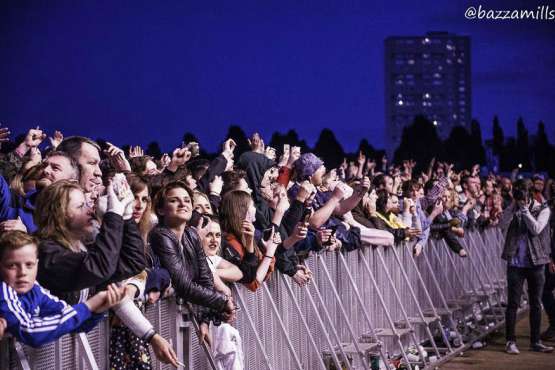