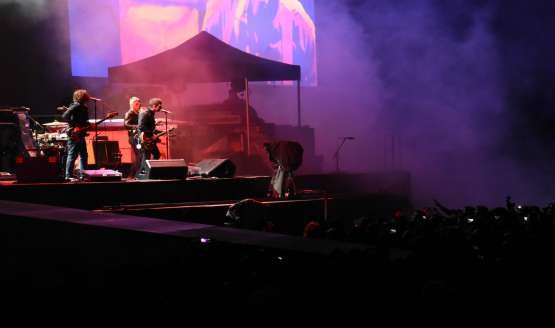 Noel Gallagher and his High Flying Birds performed tracks off his solo albums as well as some Oasis classics such as 'Champagne Supernova', 'Half The World Away', 'Little by Little', 'Wonderwall' and 'Don't Look Back in Anger' supporting U2 during the first of two sell-out nights at Buenos Aires Estadio Único. Noel Gallagher and his High Flying Birds have supported U2 throughout their South American tour playing in argentina, Chile, Colombia and Brasil. I'm not a huge U2 fan and I'd never been to one of their gigs before but their show is actually unbelievable.

But going back to Noel Gallagher, the gig kicked things off with 'Everybody's on the Run' taken from his debut solo album quickly followed by a number of tracks which are part of his solo career such as 'Lock All the Doors', 'In the Heat of the Moment' and 'Riverman'. One of the highlights of the night came when Noel Gallagher performed his new single 'Holy Mountain' live for the first time. The song sounded really great live.

After Holy Mountain and most of his solo career catalogue, Noel Gallagher and his High Flying Birds (Pritchard on bass, Archer on guitar and Chris Sharrock on drums), started playing some of Noel Gallagher's old Oasis hits which included 'Half the World Away', 'Little by Little' but the biggest roar of the night came when former they played 'Wonderwall' and 'Don't Look Back in Anger'. I must admit, though that the vast majority of people were not there to see Noel Gallagher but to see U2 and there were people who didn't even know Noel Gallagher was playing that night or didn't know much about his back catalogue anyway.

Noel Gallagher's show came to an end with 'A.K.A Waht a life' song taken from his debut studio album. It was an unforgettable night of great music with Noel Gallagher smashing through a 11-song set featuring Oasis classics and new tracks taken from his two solo albums and from his forthcoming album 'Who Built the Moon?'. 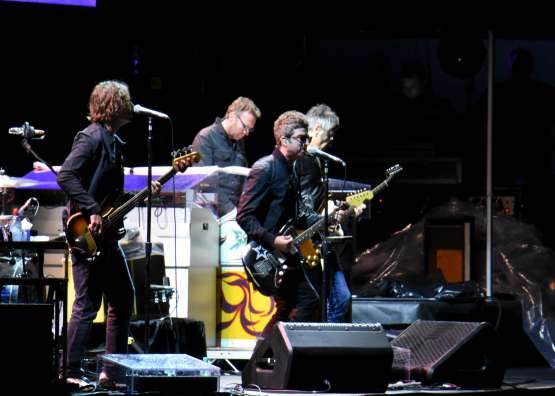 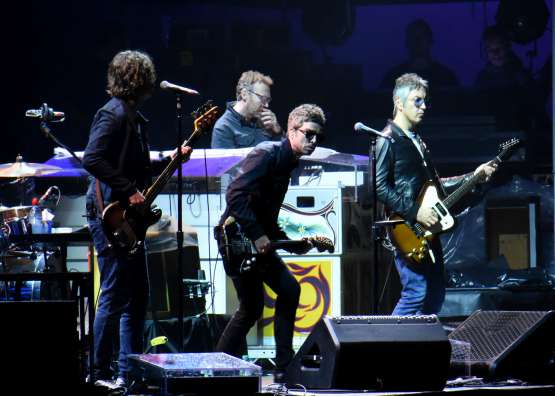 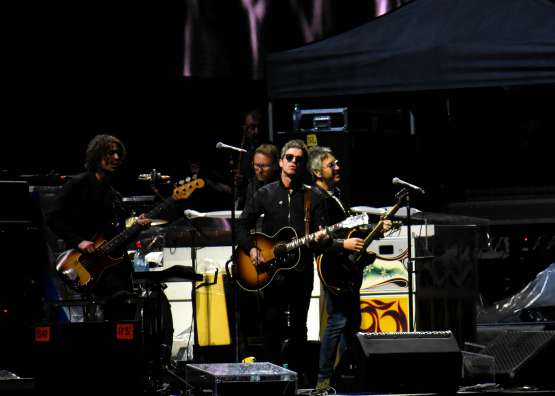 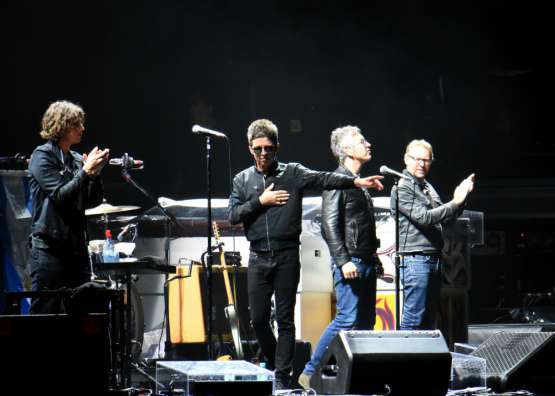