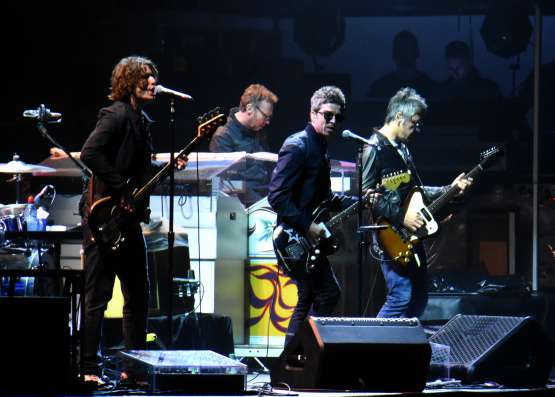 In an interview with The Edge (U2) Noel Gallagher talked about how great it was to be part of writing all those songs that defined a generation.

The Edge said that he wanted to talk about songs and he declared himself as a huge Oasis fan since the very beginning saying that he saw Oasis at Earls Court and loved every album the band released.

Noel was pleased to hear that and recalled an anecdote when he was with The Edge and Bono celebrating Christmas: "I've seen that. Remember that Christmas we were all around at Bono's and our good friend Shanti came up and said "Would you mind if we put 'Wonderwall'  on? And I was 'Get it on' Little did I kow what was about to take place. It knida went off. Those songs are just a privilege to be a part of  as you well know with writing big tunes yourselves. When you do the big gigs, you come off stage and you say 'It was a privilege to be at that gig regardless of my part in it. Its a privilege to be part of songs such as Wonderwall, Champagne Supernova, Don't Look Back in Anger."