Noel Gallagher on collaborating with Albarn and more 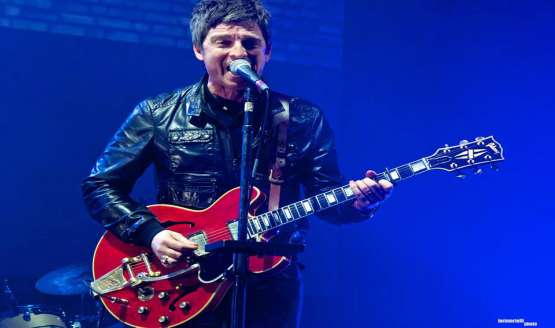 In an interview with espngo, Noel Gallagher discussed success, being famous, women, Oasis and his relationship with Liam. Click LINK to listen to the interview.

In other news, Noel Gallagher told The Irish Times he'd like to collaborate with Blur's frontman. Noel said: “I was around at his place and he was playing me his album before it came out,” Noel says “It was literally like saying, ‘Let’s go for a drink’. He said, ‘We should do it one day.’ I would be f**king very, very, very interested, but I’m going on tour now for a couple of years, and by the time I get back, he’ll be on tour – so if it ever happens, I don’t know.”

"But turns out he’s a bit of a dude. I thought [Albarn’s solo album Everyday Robots] was great, then I went to see him at the Albert Hall.  I thought it was going to be this real intimate kind of thing, and I was amazed at how joyous it all was.  It was f**king great, one of the best gigs I’d seen last year. Maybe the best. Funny lad.”

"CHASING YESTERDAY" will be officiallly released on March 2nd, you can preorder the album here . Noel Gallagher will embark on a long tour, buy TICKETS

You can listen to a preview of REVOLUTION SONG HERE. The song will be released on iTunes.

In other news, check out the first kulbritaniasession below