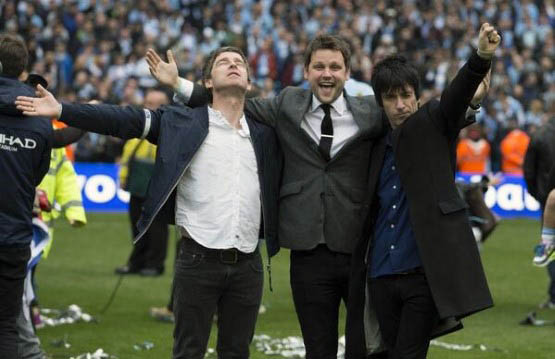 Noel Gallagher and Marr on stage.

The rumours that Marr would join Noel Gallagher onstage proved true once again but this time at epic Manchester show.

Noel Gallagher was joined onstage to play one of his hit singles 'Ballad of the Mighty I' released last January featuring Johnny Marr. Scroll down to watch some fan footage.

2. (Stranded On) The Wrong Beach

3. Everybody's on the Run

5. In the Heat of the Moment

6. Lock All the Doors

19. Ballad Of The Mighty I (with #JohnnyMarr)