Noel Gallagher, Damon Albarn and more to form supergroup at the Brit Awards 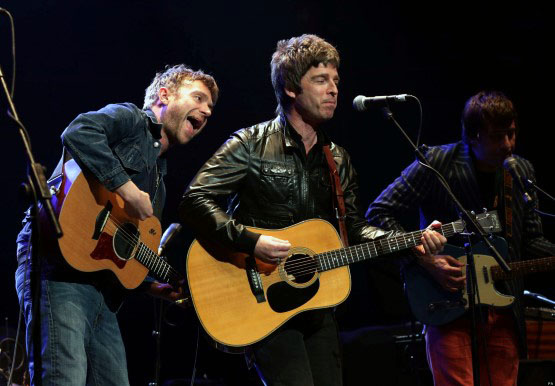 Paying a fitting homage to David Bowie is no easy task, but the Brit Awards are trying their hardest.

The Brit bosses are putting together an A-list supergroup in a bid to lay on the ultimate tribute at next month’s bash.

The band, which will hopefully include former Britpop foes Noel Gallagher and Damon Albarn, plus Bono, will perform alongside iconic British acts Coldplay and Adele.

Organisers are even considering asking ITV to extend the show by 30 minutes to give the spectacular the time it deserves.

Yesterday a music insider revealed: “A few artists approached the Brits to ask if they could be involved in the David Bowie tribute as they want to make sure it is done properly. He was a British icon and they want to provide a credible farewell which can honour that."

“The band will be full of musicians who grew up with Bowie and were inspired by him, meaning artists like Noel, Damon and Bono.

“It is unlikely to involve young acts such as Sam Smith or Ed Sheeran, but there will be a few artists who are already singing on the night who will be asked if they want to take part too. The organisers are putting everything into it. If they get it right, it will be epic.”