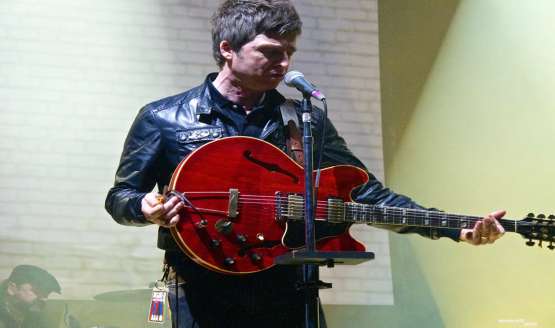 Noel Gallagher took part in a French tv show where he was interviewed first and then he performed an acoustic session of one the songs taken from his new album "Chasing Yesterday"; the song he performed live was "The Dying of the Light". During the interview, Noel Gallagher made it quite clear that the AAA pass Liam showed on twitter was not his but his brother's Paul.

Scroll down to watch the video.