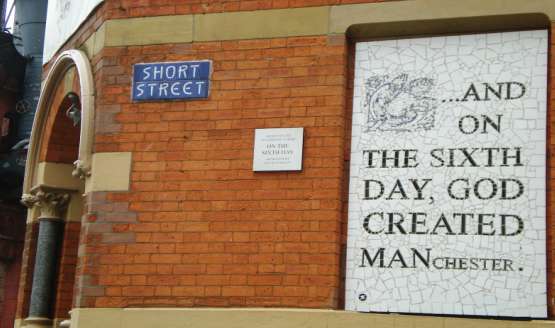 The show was put together by the photographer and curator behind the Chasing The Sun: Oasis 1993-1997 exhibition in London in 2014.

The photographer behind immersive Oasis exhibition Chasing The Sun - which included a recreation of Bonehead’s living room from the cover of Definitely Maybe - is opening a new show in Manchester next week.

Lawrence Watson is transforming a brand new Salford art space for his Manchester, So Much To Answer For show, with 40 pictures of the likes of The Smiths, Oasis, Ian Brown, The Charlatans, and New Order - some very famous, others never seen before.

He’s also turning the basement in a ‘dark room’ full of photographer’s contact sheets and a cinema screen. And upstairs, there’ll be an interactive 1980s teenager’s bedroom with authentic decorations and technology from the period - and a stack of records to play.

The idea is to give context to the way Lawrence works and to the era in which many of the Manchester bands he captured were growing up and writing music.

The exhibition opens for a free private view on June 9, at 6.30pm, then runs until July 18. Tickets are essential and cost £6 via the Future Artists website.

You can have a look at the photographer's work below.