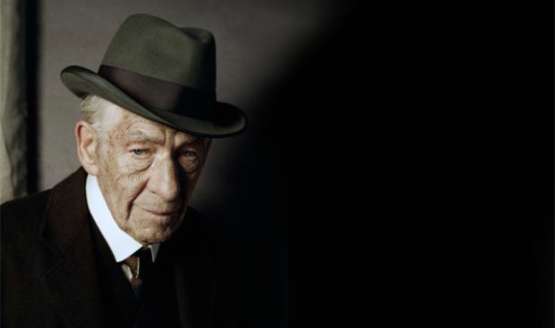 Sherlock Holmes has always been a fascinating character and he has never been out of fashion, but it seems that the Great Detective is particularly popular these days, with a new exhibition at the Museum of London, a new BBC Cumberbatch/Freeman special on the way and now, Mr Holmes, which is a UK/US film adaptation of Mitch Cullin’s novel of the same name, starring Sir Ian McKellan as the aged and always interesting detective.

The Plot:  Mr Holmes, long-retired and living in a nice Sussex cottage, sees McKellan’s character haunted by a case he couldn't resolve from fifty years in his past.  With an increasingly unreliable memory, Holmes tries to piece together fragments of the case in this film directed by The Twilight Saga and The Fifth Estate’s Bill Condon.