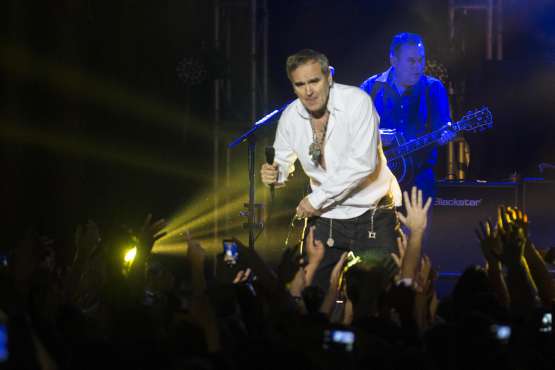 Last night, Morrissey, who finally joined Twitter early this week, made his very first Tweet with the words ‘Spent The Day In Bed‘. BBC 6 Music then confirmed that this was the name of his new single – before giving the track its very first play at 8.45am today (19/9)

The track was then made available on Spotify. A jaunty keyboard-led affair, the song holds that typically Morrissey blend of melody and the morose, as he reflects on the horrors of the modern world presented by the media – choosing to remain in bed rather than get involved.

In other news, listen to a new Smiths live version HERE