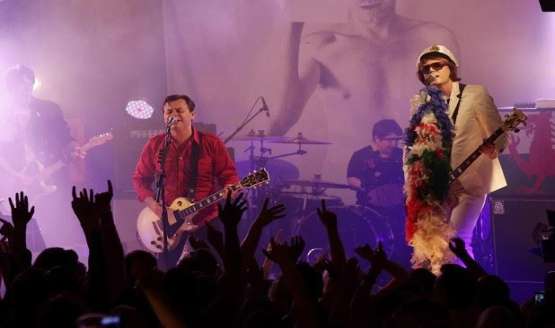 Manic Street Preachers have announced a stadium show at Swansea City Football Club's Liberty Stadium. The gig will be their largest headline show since a Millennium Stadium concert in 1999.

The show will be divided into two parts. The first is a celebration of the 20th anniversary of their fourth album 'Everything Must Go', the first post-Richey Edwards record. The album is to be performed in full.

The second half promises 'b-sides, rarities and curios, greatest hits and a few brand new songs'.

'Everything Must Go' has sold over a million copies, and won a Brit Award for 'Best British Album', while Manic Street Preachers won 'Best British Group' the year after the album's release.