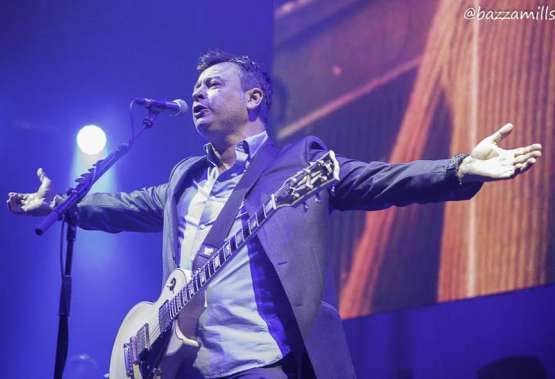 Manic Street Preachers have a new film documenting their This Is My Truth Tell Me Yours days. The documentary premiered a few days ago and you can watch it online now.

Named Truth & Memory, and directed by BAFTA winning Kieran Evans, the film is lo-fi in feel; it is recovered from candid footage that was perhaps never originally intended to be shared outside Manics’ inner circle.

The film features interviews, live sessions, behind the scenes clips – and so on – Evans describes how he crafted the film:

“It all started on a wintry October day last year with me taking delivery of a plastic bag full of VHS and DV tapes shot by photographer Mitch Ikeda and Wire, a jumble of audio cassettes and mini-discs and a large selection of photos and polaroids.

The director said on the documentary: “There was clearly no real plan to what Mitch and Wire shot over this period other than to make a record of those times.”