Lucy Meacock: "Tony (Wilson) was a fascinating man with a heart the size of the North West" 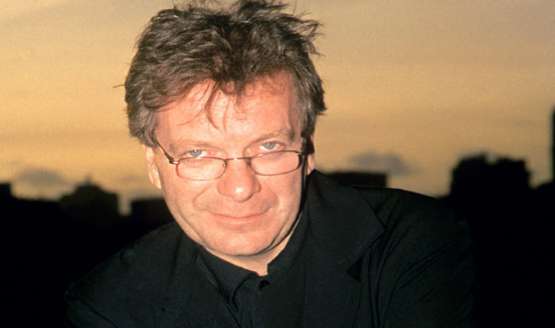 It’s 10 years since the legendary Tony Wilson passed away and tv partner and off screen friend; Lucy Meacock remembered her beloved friend.

'He was so many things to so many people and he had a passion for this region like no other person I have ever met. He was a huge champion of devolution – and felt the only people who should ever make decisions about the North of England should be from the North of England. I have never written about Tony before because I felt so many other people were doing that – and they had more right to do it.

Whether he was Tony Wilson, Anthony H Wilson or Ant, he deserves every tribute as a loving and caring father, a music maestro, Mr Hacienda, Mr Factory Records, Mr Happy Mondays, Mr Manchester and so many more, he was a man with a huge heart and so many people who loved him. But for a long, long time he was also Mr Granada – my hugely entertaining, charismatic colleague – always bursting with ideas and enthusiasm like a runaway horse, sometimes impossible to manage always impossible to tame. He was everything you could wish for in an onscreen partnership and an off screen friendship. I was lucky enough to share a desk – and a TV studio – with him for many years. The first time I met him was in 1988.  He rescued me, I had only just started working at Granada. I needed a piece of music for a report I was compiling for Granada Reports – the deadline was hurtling towards me – and everyone else in the newsroom was too busy to help. I didn’t even know where the music library was (this was before you could simply download any music you wanted). He was sitting in the newsroom – and said: ‘Hi, we haven’t met. I’m Tony Wilson. I’ll take you to the music library.’ It was a big building. It was a long walk. So we had time to chat. At the time I had no idea that that was effectively where the idea of me presenting UpFront with him was first born."

She also said that Wilson was obsessed with Man United and that his obsession with Man U never wavered. She recalls that when he was told that not everyone was interested in football, he replied: ‘Maybe not, but they’re all interested in good stories and Man Utd is a good story.’

Finally, Meacock wrote: "He was a fascinating man with a heart the size of the North West. We were so lucky he was born in this region. I was so lucky to work with him. Life isn’t about buildings. It’s about good people who are steadfast in championing the cause of the underdog and never forgetting their roots. I can't believe it's 10 years since he died – he could have achieved so much more – but he certainly achieved a lot more than most. RIP my friend."

A couple of years ago, a host of musicians paid tribute to Tony Wilson, Manchester music scene legend and Factory Records founder, on the eighth anniversary of his death.

Wilson passed away on August 10, 2007, with poet Mike Garry and musician Joe Duddell releasing a tribute song in his honour, 'ST. ANTHONY: AN ODE TO ANTHONY H WILSON'.

In other news, read our exclusive interview with John Robb and Shaun Ryder.