Lorton Distribution has announced the upcoming documentary Supersonic, which will delve into the history of Oasis through never-before-seen archive material and unprecedented access to the band, allowing a rare and candid insight into their world. Check out the teaser artwork below.

Supersonic is the word that truly sums up the phenomenal journey that took Oasis from releasing their first single in 1994, to record-breaking sellout shows at Knebworth Park in 1996, where 2.6 million people applied for tickets. The band played to 125,000 fans per night – they could have played 20 nights.

From award-winning filmmaker Mat Whitecross and Academy Award-winning producer James Gay Rees (Amy), alongside Fiona Neilson, Simon Halfon and Academy Award-winning executive producer Asif Kapadia, Supersonic documents the band’s journey from the moment when Noel Gallagher joined his brother Liam’s band – the two boys who shared a bedroom growing up, were now sharing a stage.  From the release of ‘Definitely Maybe’ – which at that moment became the fastest-selling debut of all time – it was then less than two years before they played their historic shows at Knebworth Park.

"The love and the vibe and the passion and the rage and the joy that are comingfrom the crowd, if anything, that’s what Oasis was."

"Oasis was definitely like a fucking Ferrari, great tolook at, great to drive and it will fucking spin out ofcontrol every now and again when you go too fast.I loved every minute of it." 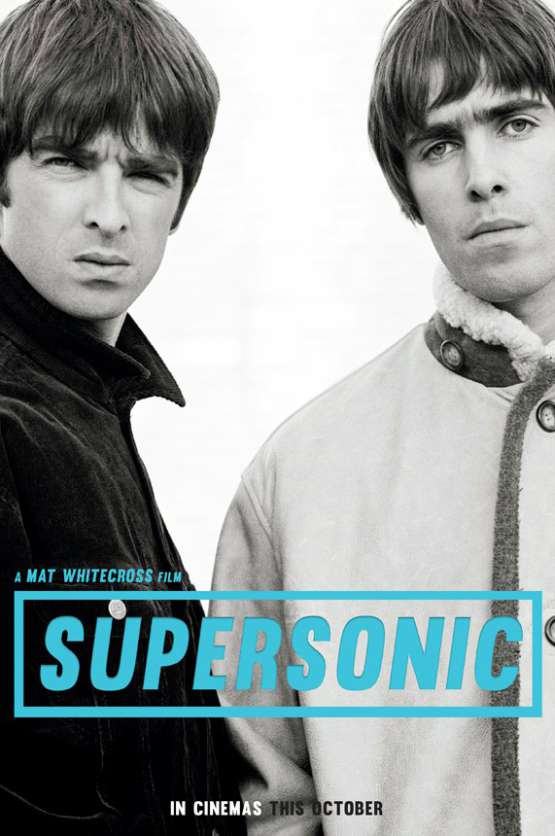