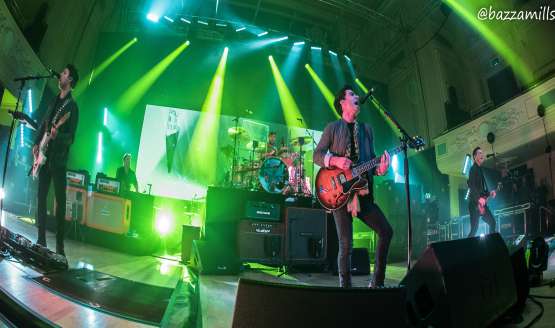 My love for the Sterephonics (or Phonics as they are known in my house) dates back to ‘97 and a mate playing ‘Traffic’ one Thursday night prior to us hitting the town. The track quickly became the lads new pre-night out sing-along anthem and as we checked out the album over the next few weeks we started to bellow our lungs worth from the album opener ‘A Thousand Trees’ through to closer ‘Billy Davey’s Daughter’. Over the months that followed all my mates got in the Phonics, perhaps none more so than me with their debut album Word Gets Aroundbecoming a permanent fixture in my 5 disc CD player. There were many debates about the best song/s on the album fuelled by Guinness, gin, vodka or whatever we could get our hands on and it became apparent pretty quickly the album and the stories it contained of small town life connected deeply with all of us.

It would be the next year and a trip to Motherwell Civic Centre before I got the chance to hear the Sterephonics live for the first time and when I did they completely blew my mind. It’s still the only gig I have ever been to where the floorboards bounced from start to finish, where the band had to stop playing when the crowd decided to show their appreciation by bellowing Flower Of Scotland back at the stage and where there was enough clothes and shoes on stage at the end of the gig to merit the opening of a shop. Tracks such as ‘Chaplin’, ‘Tramps Vest’ and ‘Same Size Feet’ almost brought the building down as Kelly rocked out and took it to another level with his Gibson SG.  Accompanied on stage by Richard and the dearly missed Stuart Cable they put in a performance that had me leaving the centre thinking I had just seen the best gig of my life and that this was a band about to erupt on a gigantic scale. So fast forward nearly 20 years and some 40 plus times hearing the Phonics live and here I am at Dundee’s Caird Hall on Tuesday night. Having caught the dynamite headline slot at last month’s Kendal Calling this was a gig I was not going to miss and once again it went off!

With tickets for this one disappearing quicker than an ice cold beer, Dundee’s Caird Hall was rammed full of die-hard fans, one of whom informs me it is around 10 years since the Phonics last played the city. With this week marking 20 years since the release of Word Gets Around the band come firing out of the blocks with ‘Chaplin’ and ‘Tramps Vest’ igniting the crowd who need little in terms of invitation to join Kelly in full vocals. Both these songs are ‘up there’ for me, live ‘Chaplin’ rocks at another level whilst ‘Tramps Vest’ is just a great sing-along that gets the blood pumping. The punchy ‘C’est La Vie’ follows and confirms my fear; the first 3 songs in the photographers pit are going to be over quickly.

The Caird Hall is a cracker of a venue and tonight the revellers lucky enough to be inside are loving every second.  ‘I Wanna Get Lost In You’ and ‘Have A Nice Day’ induce the crowd in a mass sing-along while between these two Kelly introduces new track ‘Caught By The Wind’. Drummer Jamie Morrison joins Kelly at the front of the stage for live favourite ‘I Wouldn’t Believe Your Radio’ as Kelly reveals Jamie has a family connection to Dundee. The big hits are a constant with ‘Maybe Tomorrow’ sending a chill down spines before Kelly takes to the piano for a terrific rendition of ‘White Lies’. With the rest of the band taking a quick break, Kelly remains on the stage and talks to his audience saying growing up with brothers in the house he heard lots of great music before playing a refreshing medley of AC/DC’s ‘Highway to Hell’, ZZ Top’s ‘Give Me All Your Lovin’ and Led Zeppelin’s ‘Rock N Roll’.

The drum solo on ‘Mr and Mrs Smith’ is another memorable moment but in truth this is a band at the very top of their game. Listening to bassist Richard Jones, guitarist Adam Zindani and long serving keyboardist Tony Kirkham (I am not sure if he still uses the nick-name Tiger) live is a treat and one I will never get tired of. As the set closes in like a storm with a number of tracks fromWord Gets Around including ‘Same Size Feet’, a feeling of guilt creeps in as I think about my wife at home with the kids missing out on this (after all she was the one who drove me to Motherwell all those years ago).

After over two hours on stage and with sweat dripping from the ceiling the band vacate the stage before Kelly returns with his acoustic in hand for a haunting rendition of ‘Billy Davey’s Daughter’. The epic night is then brought to a close with the pulsating ‘Bartender And The Thief’ and then finally the irrepressible ‘Dakota’. Does a gig get any better that this? Not in my world!

20 years on, the Phonics continue to deliver with their music appealing to both existing fans and attracting new ones. With 10thstudio album Scream Above The Sounds due to drop later in the year something tells me this could be a warm-up for an autumn tour. Here’s hoping anyway!

Check out some great shots of kelly Jones and his band Stereophonics at Card Hill, Dundee, Scotland. 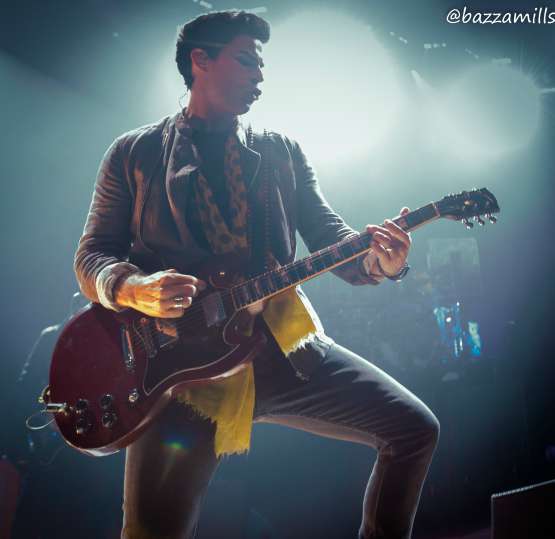 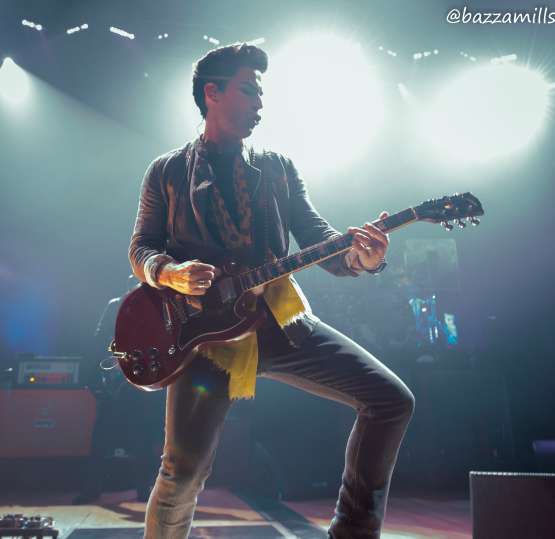 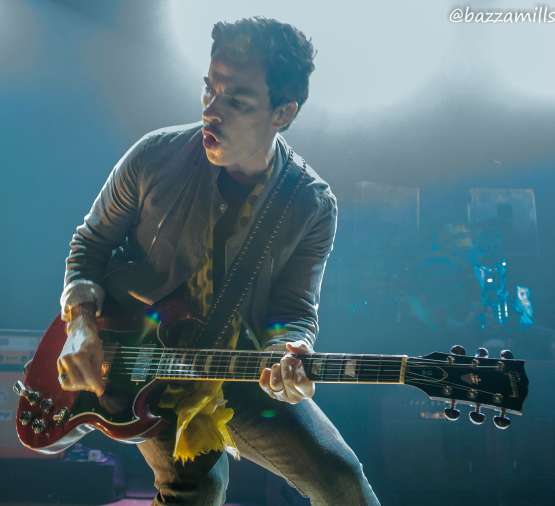 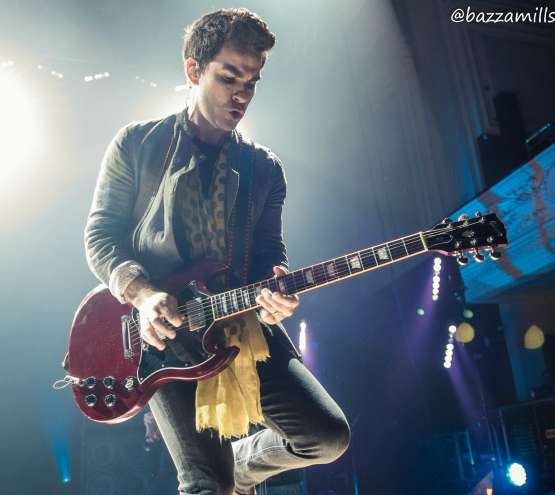 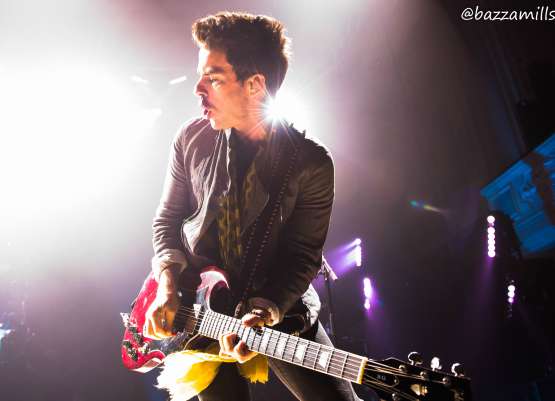 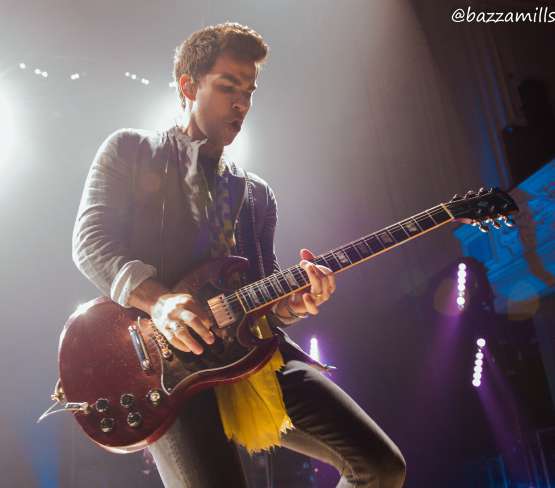 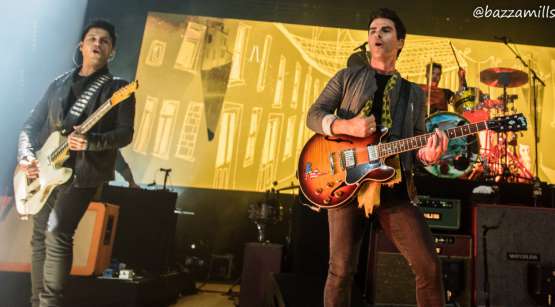 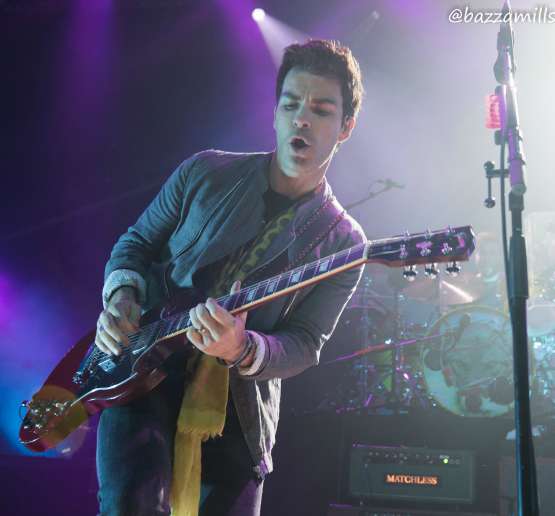 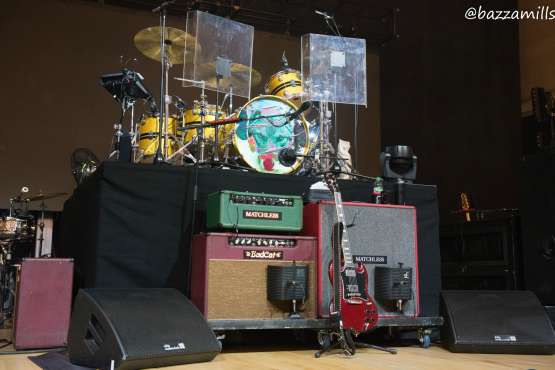 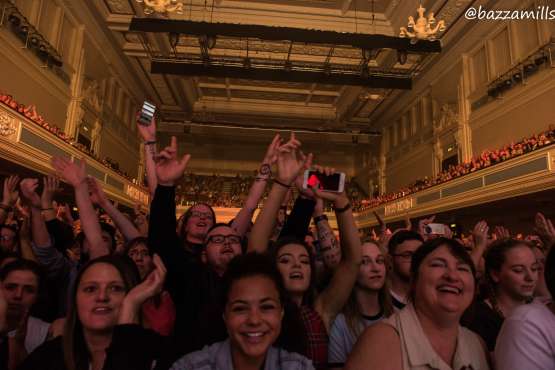