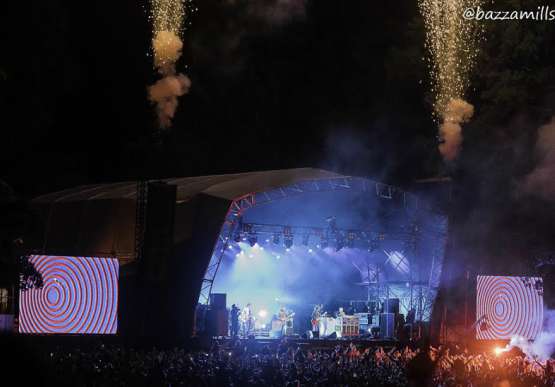 With Noel Gallagher closing the Kendal Calling 10th anniversary in 2016 it was always going to be a challenge to “up the ante” but once again the organisers of Kendal Calling have come up trumps by announcing another outstanding bill across the 4 day festival. Scottish band Franz Ferdinand headline the Thursday whilst Welsh rockers the Stereophonics and Manic Street Preachers will also headline over the weekend (actual days have yet to be confirmed). Frank Turner (& The Sleeping Souls), Editors, Tinie Tempah and Jake Bugg have also been named as a headliners whilst the organisers have also pulled of a major coup in booking Brian Wilson who will be playing the Beach Boys iconic album from 1966; Pet Sounds.

Aussie trio DMA’s are high on my own must see list and having caught Feeder earlier in the year on their All Bright Electric tour I will be hoping for a Buck Rogers sing-a-long.

Other acts I hope to catch over the weekend include Neon Waltz, Frightened Rabbit, Circa Waves and Colonel Mustard & the Dijon 5 who will bring their own party alongside fellow Yellow Movement act Jamie & Shoony. Get ready for the Dance Off!

More information on Kendal Calling 2017 can be found here:

We were there last year. Check out the best photos HERE

Last year, our man in Scotland; Bazza Mills, managd to do a few interviews with Ian Broudie, BMX Bandits and Dodgy.