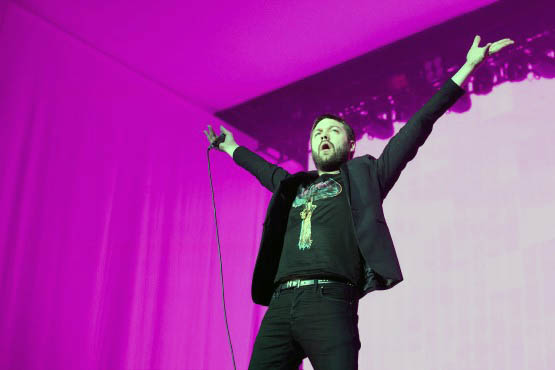 Kasabian have unveiled a real-time video for the song ‘Are You Looking For Action?’ which appears on their band's latest album ‘For Crying Out Loud’ released on May 5.

The video for ‘Are You Looking For Action?’ was recorded live and shot in one continuous take. Scroll down to watch the video.

Pizzorno said to NME of the video: “It was such an incredible experience to make a music video feel like a live event. What ever went down, that was it. The adrenaline and excitement of recording it in one shot, to a live audience was unreal. I think it could be the first of many for us.”

In other news, Tom Meighan with Clint Boon.