Kasabian have been announced as the second headliner for Reading & Leeds 2017 and Liam Gallagher play the Festival on Sunday August 27th.

The Leicester rockers, who are about to release their new studio album 'For Crying Out Loud´,  join the previously announced Muse at the top end of the bill for the legendary Bank Holiday bash, while Two Door Cinema Club, Wiley, Fatboy Slim, Circa Waves, and former Oasis and Beady Eye frontman are the latest additions to the line-up.

You can buy tickets HERE 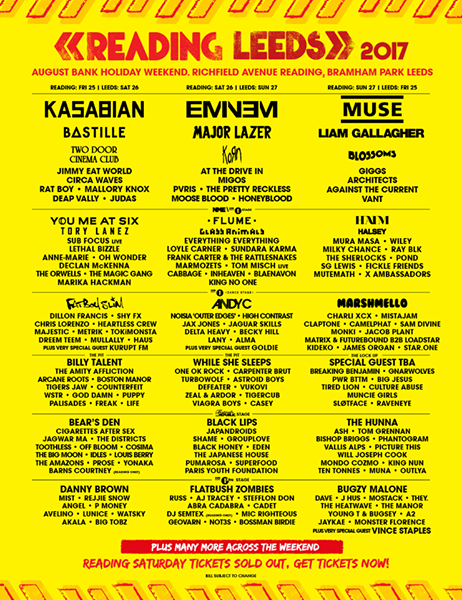