"I don't think what the world needs will be Donald Trump," Public Image Ltd. frontman John Lydon says with  a laugh when asked about the title of the group's upcoming record, What the World Needs Now.... "Wow, what a wack."

Lydon drew the cover art himself. You can look at the album cover below.

In other news,, John Lydon on being a national treasure and The Clash 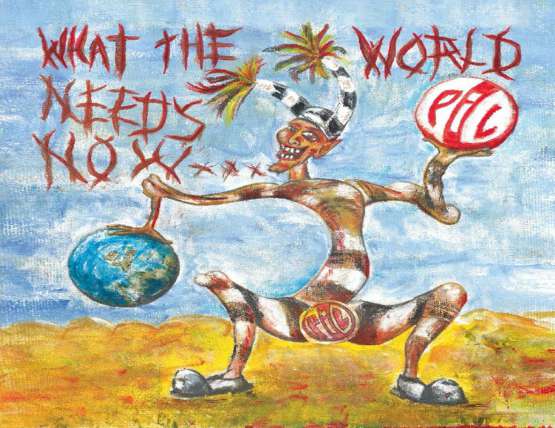