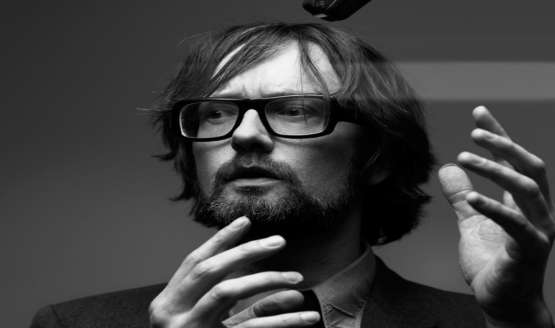 Jarvis Cocker will host BBC's “Voyage to the bottom of the sea” at the Royal Albert Hall this September 10th. It will be part of BBC's Late Night Proms series.

The event is based on Cocker's Radio 4 show “Wireless Nights” and it will feature Cocker and the BBC's Philarmonic playing songs from The Beatles and Echo and the Bunnymen.

Moreover, Pulp's frontman will also be telling regale stories of sea monsters and ocean creatures along the Philarmonic's interpetations of John Williams, Bach and Wagner's music, according to Digital Spy.

Cocker explained to Digital Spy that "For one night only the Royal Albert Hall will be transformed into a giant diving bell, taking us on a voyage to the bottom of the sea, a voyage to the bottom of ourselves," said Cocker. "Joining me on board we have a champion free diver, a giant squid hunter, two men called Roger, psychologist Carl Jung and the BBC Philharmonic."

As for Pulp's future, Cocker made a comment about it on the NME Awards in Febuary regarding the likelyhood of they making new material and goign on tour once more. He explained: "We're very cloak and dagger about that, well, it isn't cloak and dagger, we just don't know! We're not being mysterious, we're just not very together."

He continued, saying there had been "very little activity... It's like a volcano, you can think 'wow, that's dormant' and then the next day your house has gone, because it's erupted...Everything to do with Pulp or to do with me happens at such a glacial pace, that's it hard to tell whether anything's happening or not, but when it does, the whole geography of the planet is changed."