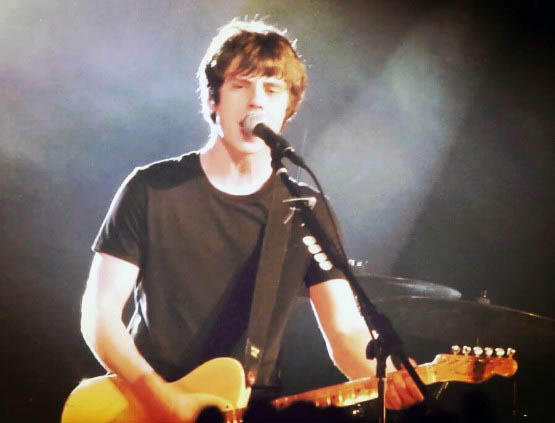 Jake Bugg is set to release his second album, 'Shangri La', on November 18.

The follow-up to last year's self-titled debut is named after Rick Rubin's Malibu studio, where the 19 year old singer-songwriter recorded the album.

Rubin produced the album, and it features Jason Lader on bass, Matt Sweeney on guitar and Pete Thomas [The Attractions] on drums.

'What Doesn't Kill You' is the first single to be taken from the record, and received its first play on Zane Lowe's BBC Radio 1 show earlier this evening (September 23). Speaking to Lowe about the album, Bugg explained that it was tracked live. "I think you capture a bit of magic doing that, something you can't explain," said Bugg. He also spoke about the swiftness with which the second album has followed his first. "It came quick but, for me, music's what I do to get away from stuff... Even though its been crazy, when I have time to myself, it's me picking up my guitar… I travelled lots and had some crazy experiences, so I had a lot to write about!"

Speaking about Rubin's Malibu HQ, Bugg said: "It feels like its cut away from civilization." He added that it "felt right" to name the album after the studio.You can listen to the new song below.