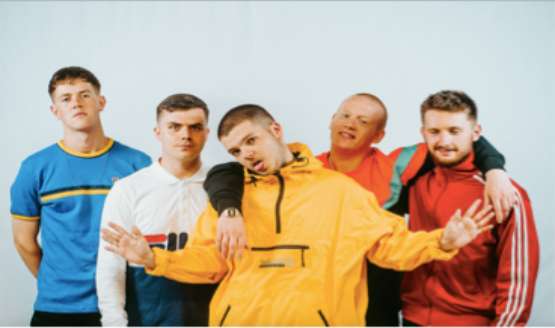 Spawning from Birmingham,Ivory Wave havealready established a local reputation that seems destined to spread with the release of their debut EP ‘Dream Nights’.

Opening track ‘Caught In The Middle’ catches the ear with its trance like beats and hypnotic grooves alongside looped vocals. ‘Uptown’ follows with an immediate emanating of positivity as the breezy vocal radiates alongside a terrace chant-like chorus. It’s not surprising this previous single was added to the Official Premier League playlist andSoccer AM’s New Music playlist.

‘Pale Moonlight’ takes the party up a notch with the tune at times reminiscent of the Happy Mondays and Stereo MCs and the five track EP continues to pick-up the pace with ‘Weigh Me Down’ as the infectious dance fused energy proves uplifting yet dark when fused with the back-boned edge delivered in frontman George Johnson’s vocals. As the cagoule hoods get pulled up there’s a tangible sense of swagger as closing track ‘Young Blood’ burns gradually before exploding into a euphoric dance vibe that will carry you through to the next weekend.