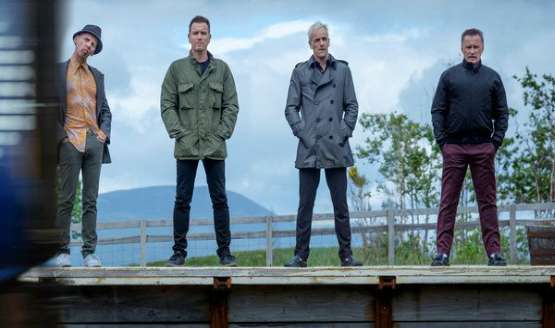 In an interview with NME, Irvine Welsh said of the likelihood of a possible Oasis reunion:  “I don’t know. I think if [Noel and Liam Gallagher] can patch things up between them then
they could probably work together again but they probably have too many things to go through the motions.”

Welsh also said that he experienced a similarly emotive response to Supersonic: “I just saw it recently, [Factory Records boss] Alan McGee sent it to me. It was fantastic. I actually just
emailed Noel [Gallagher] the other day and told it him that. It really did bring out the emotions around the band. It was interesting.”

“I think [Gallagher mother] Peggy was the star of the show. She was really classic. She contextualised them and that all sort of sibling rivalry, she made it very human, something a lot of people can relate to. When it’s just two guys in a band, it seems like petulant pop stars but when you have the mother talking about them growing up, it makes it much more real and sympathetic.”

Speaking to NME about the new Trainspotting film, Welsh said: “We were all nervous before we decided to do it… [but] once we saw the script, everybody was confident that we were certainly not going to trash the legacy of the first film and that we were going to build on it.”

“It feels like a big epic movie,” Welsh went on to say. “I’m very, very excited about it and I think people are going to be excited [too]. You’ll always get the critics who moan about
it not being the original Trainspotting movie or being too much like it… [but] it’s going to be a great film, a great standalone film but also work with the first film as well to bring that whole world together.”

Describing the movie as feeling “very now”, Welsh added: “I think it’s a magnificent  achievement to be able to do that, to keep the spirit of the book but also to make a modern British film.”

In other news,  the full trailer for ‘Trainspotting 2’ has been unveiled. You can watch it HERE

Read this, Ewan McGregor and the lightsaber fight with Noel Gallagher.