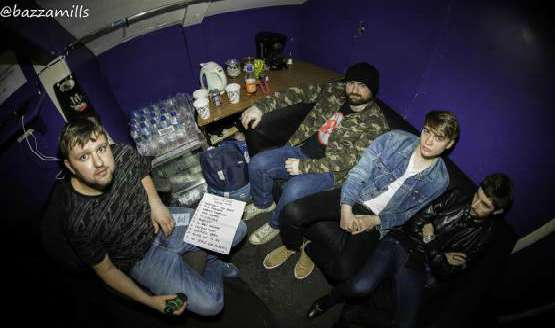 Formed towards the end of 2014, Glaswegian 4 piece band IBG have been making a bit of a name for themselves in Glasgow scene. Consisting of Liam McLaughlin (guitar/vocals), Danny Bonner (lead guitar), Andrew McLuckie (bass/vocals) and Martyn Stuart (drums) the band have already headlined King Tut’s Wah Wah Hut and recently bagged a support slot for Libertines Bassist Jonny Hassall and his band the April Rainers when they make their live Glasgow debut next month.

Lads, how are you all?

First things first, IBG…what’s the crack with the name of the band?

Liam: Up until now, this has been a secret so here goes... When we first started meeting up for jam sessions we were going for months and months with no name. Then suddenly our first gig came up and we needed a name, so somewhere among the pints and the haze, we went for "illicit bounty gang"... It didn't stick. We had a slight change of line up when we got Andy in on bass and decided we were now just gonna use the title IBG. It doesn't stand for anything really, it can be whatever you want - but we like to say "I Belong to  Glasgow as that's where we are all from, a place we're proud to call home.

How did IBG get together as a collective?

Liam: We got together after a mutual friend called me up to say they had block booked a rehearsal room but the band they were in had fell apart. So they phoned me to see if I wanted to come for a jam and make use of the studio time. I had been a solo artist up until that point, so we played some of my songs... And that was it, we were a band! We felt the buzz straight away and knew we had to keep it going.

Describe your sound in three words!

Ok, what artists would you say inspire you most as a musician?

Liam: For me, guys like Johnny Cash, Willie Nelson and Bob Dylan, classic songwriters - more recently, people like Alex Turner, Paolo Nutini and Jake Bugg, but also people I&#39;ve had round about me like my dad and my brother who are both professional musicians.

Martyn: I would say my influences as a musician have been mainly the Manic Street Preachers.

Danny: First one that comes to me when people ask me that is John Squire from Stone Roses.

Andy: John Paul Jones and Roger Waters would be up there.

The band has played a number of gigs across Glasgow, what has been your favourite gig to date?

Liam: This one's easy! After we played a few support slots at King Tuts we were invited back to play our own headline show as it felt like the time was right... And we nailed it! Great crowd, we played well, got very kind reviews and the atmosphere was truly electric. Best gig so far!

Martyn: When we headlined King Tuts for the first time that was amazing.

Danny: Has to Be our Headline show of King Tuts in February of this year.

Andy: Definitely Tuts back in February, great atmosphere and a great night.

As a punter, what was the first gig you ever attended?

Liam: The first gig I ever went to was Oasis at the SECC for the Be Here Now Album Tour. I was very young and so excited to see my heroes... Then they walked off stage half an hour into the set! Some numpty flung a bottle at them and Noel wasn&#39;t having it. It ruined my night I&#39;m not going to lie, I was gutted for weeks. Actually the support act played for longer, a great wee band called Travis :-)

Martyn: My first gig was Craig David at the SECC. Bo Selecta!

Danny: Stereophonics at The S.E.C.C

Andy: Arctic Monkeys when they came to Glasgow.

Congratulations on your debut E.P ‘Picturesque’. What were the highlights of recording the E.P?

Liam: Recording the EP was a great time, for me as a writer and musician, that's what it's all about - getting the tracks down. When you nail that sound that you're happy with, that&#39;s it created forever and no one can take that from you. It's a bonus if people enjoy listening to it!

Martyn: Hearing the songs for the first time after they were fully recorded was special.

Danny: The whole thing was a great experience but a highlight for me was hearing the Riff of Picturesque

Andy: Listening to it through for the first time after leaving the studio was probably the highlight.

Partick Thistle Football Club are clearly fans of your song ‘Shotgun Blues’ and recently played the track before their home game with Ross County, how did this come about?

Liam: Me and Marty our drummer are both lifelong Partick Thistle fans and we go to most home games. A couple of times when the music came on at half time or before the match, I would always think how amazing it would be to hear our own tunes over the tannoy. So I got in contact with the man in charge of the music and announcements at Firhill Stadium, I sent him over some of our tracks and straight away he said he loved our sound and our music. He said he would be delighted to play our songs at half time and speak a bit about the band and push the EP.  We got excellent feedback from the fans and with a 3,000 strong crowd, we were absolutely chuffed to bits!

Speaking of songs, do you have a favourite song of all time?

Liam: Tough question, but I would have to say "Procol Harum - A Whiter Shade of Pale" Or "Dire Straits - Sultans Of Swing"

Danny: Too hard to pick an individual song, Depends what mood im in really but “I Want You” (She’s so Heavy)  - The Beatles is always one that comes to mind

Andy: Difficult one, but Time by Pink Floyd probably takes it.

I believe it yourself who is the main songwriter, how does the song writing process work for IBG?

Liam: Every day I write words, lyrics, phrases - generally anything that grabs my ear fondly, I'll write it down, or more recently type it into the notepad on my phone. There is guitars lying around my house, so every so often I'll pick one up and start strumming away freely and just see where the chords and the melody take me. Once I have an arrangement I'm happy with, I then scroll through my lyrics, pair it with something of a similar mood and take it to the studio, where we work as a group to create the hooks and build the song up into a finished article. 9 times of out 10, that's how it goes.

Your supporting Jonny Hassall and the April Rainers next month, any other big nights in the diary?

Liam: We do have another big show coming up in July but it's not being announced until next week so I can't say too much. It's in Glasgow and it's gonna be a cracker!

Complete the sentence…The Artist I would most like to work with is……….••••

Liam: I'd love to work with Paolo Nutini, talented young guy who went out and made it happen. Hats off to him! 2 similar aged Scottish songwriters thinking together...  I reckon we could come up with something special?

Andy: It would be an interesting to work with someone like Neil Young.

Finally, what would you like 2017 to deliver for IBG?

Liam: In 2017 we are just hoping to spread our music as far and wide as possible. Make new fans and new friends. Hopefully make a number one hit. Maybe even a Christmas song, who knows? We have some great gigs to look forward to - not many festivals under our belt yet but we're waiting on the call... If not this time around, hopefully well be´out there next year!

Martyn: Play the Barras that would be the highlight for me this year.

Danny:  I’ve always dreamed of playing the Barrowlands, and to get the opportunity to play in there in front of anyone would be magnificent!

Andy: Some festival dates would be cool... A gig at Barrowlands would be great, still to play there and it's a great venue.

Check them out HERE 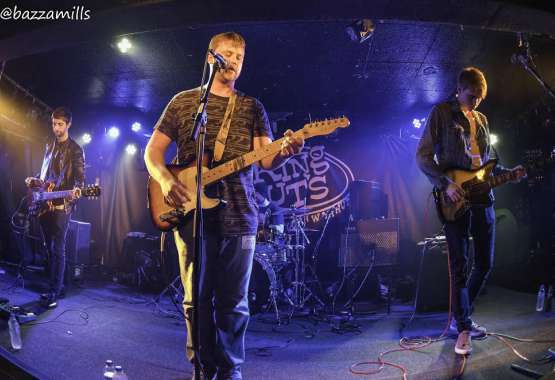 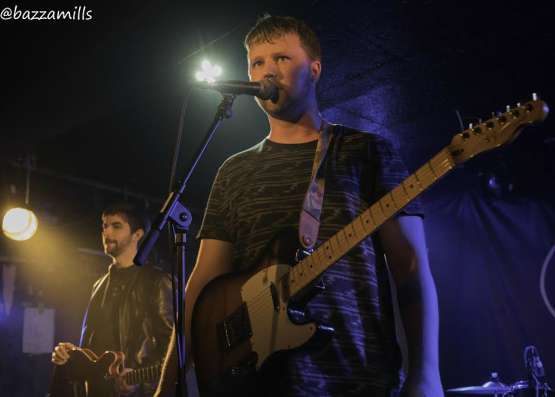 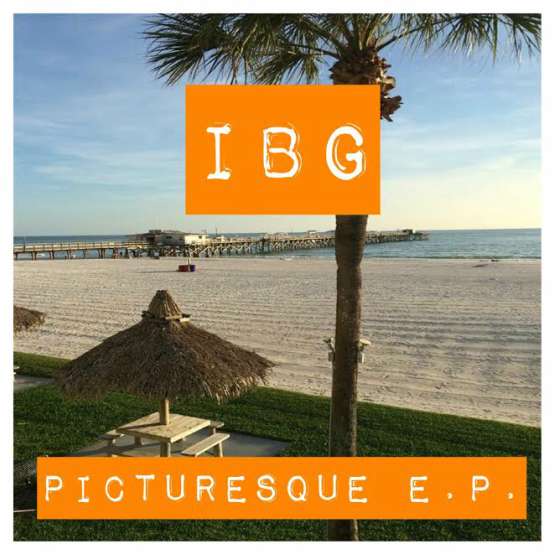