After their first documentary 'Sole Searching' was uploaded a bit more than a year ago, adidas Originals traveled to Mataderos in the city of Buenos Aires, Argentina to meet once again with the owner of one of the most famous adidas vintage stores on the planet our good friend 'Don Carlos'. This time their visit was part of a new documentary and the launch of the adidas trainers endorsed by Carlos Ruiz.

A few months ago, we had the chance to do an interview with Don Carlos after their first visit to Argentina and just before their second coming. Carlos told KUL BRITANIA a few anecdotes about that trip, his store, how their visit has changed his life, meeting Ian Brown for the first time and the day Kevin Cummins paid him a visit.

In case you don't remember,after a tip off about a store in Argentina full of vintage adidas trainers and clothing, creator of the adidas Originals x Spezial range Gary Aspden together with a team of adidas fanatics, among whom was Stone Roses legend ian Brown, decided to travel to Buenos Aires and check out the store to see if what was found there was actually real.

This time and before their visit to Buenos Aires, we were invited to be part of the documentary together with Gary Aspden from Showstudio, Mike Chetcuti, Robert Brooks, Stone Roses frontman and legend Ian Brown, Neil Bedford and Greg Bond. My name's Daniel Rodríguez and I helped the showstudio team conduct the interview with Don Carlos as he does not speak English. The rest of the KUL BRITANIA team, our photographer Pablo Astudillo and our cameraman Brian Cutrone also were there to take a few 'Behind the Scenes' pictures as you can see below as well as carrying out some interviews with those who visited Buenos Aires (the interview will be uploaded on our channel KUL BRITANIA TV shortly).

We spent almost a week with all the crew in and outside Carlos's store, eating Argentine 'empanadas' and barbecue, having coffee and icecream and exchanging anecdotes with Don Carlos. Ian Brown is such a humble guy. Probably one of the best guys we've ever met. Very down to earth and not an attention seeker at all. He never denied anyone around to have a picture with him.He laughed,had fun.I talked quite a lot with him but everything strictly off the record. We did not want to hassle him or anything as he was in a way on holiday here in Buenos Aires. It was fantastic meeting him and the rest of the team and me and my team are proud to have been able to help during their stay in Buenos Aires.

We want to thank all those involved; Carlos Ruiz for having us so many times in his store, Mike Chetcuti, Gary Aspden for trusting me and my team's work,  Ian Brown for being such a cool bloke (and for signing some of my records and cds), Neil Bedford for some pics and the great filmaker Greg Bond. I would also like to thank our IT director Marcelo Massimi and our designer Ale Barreiro and the ABProject team for being part of this wonderful team of ours.

Watch the Showstudio video below. A wonderful story indeed. 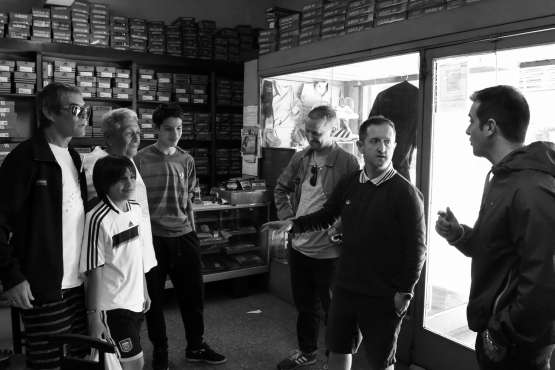 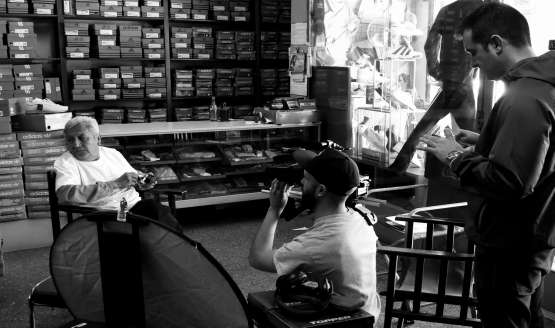 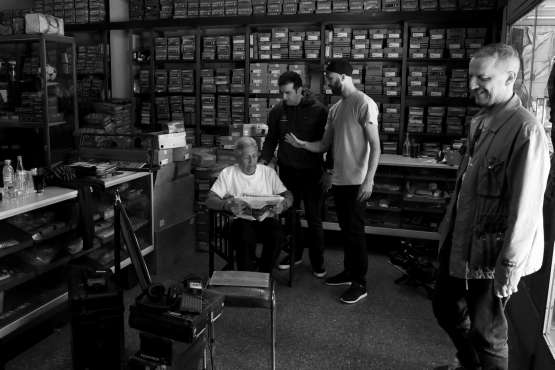 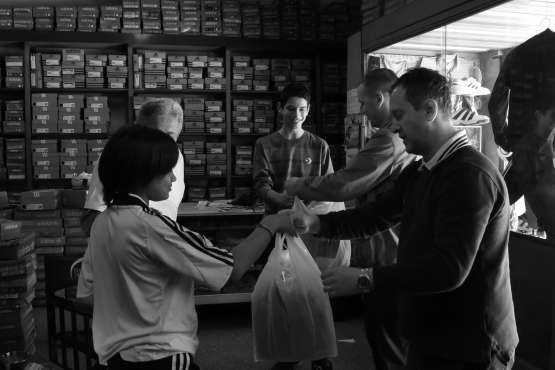 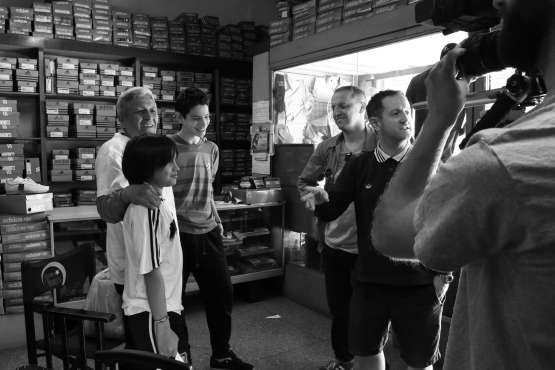 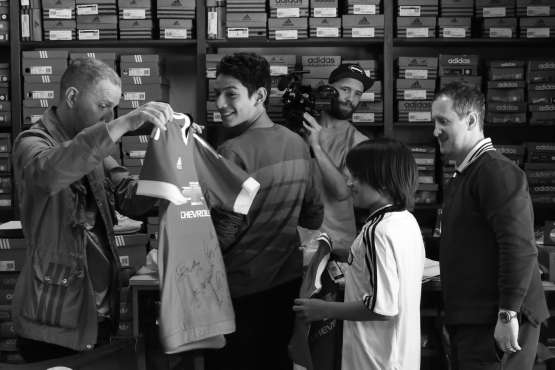 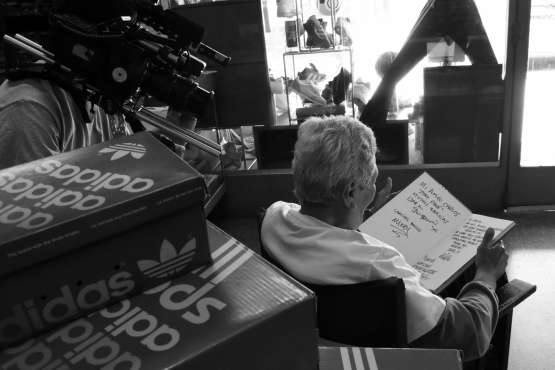 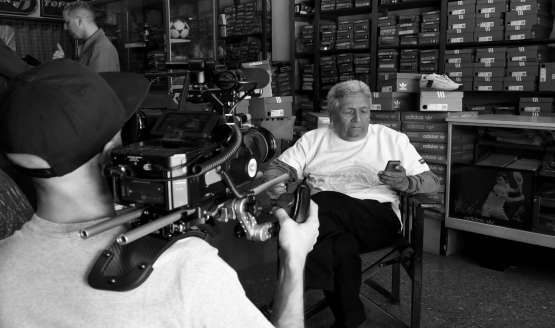 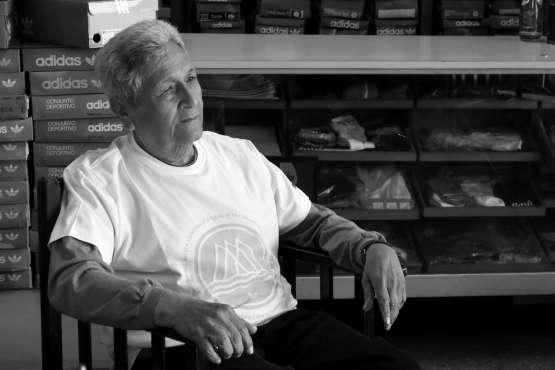 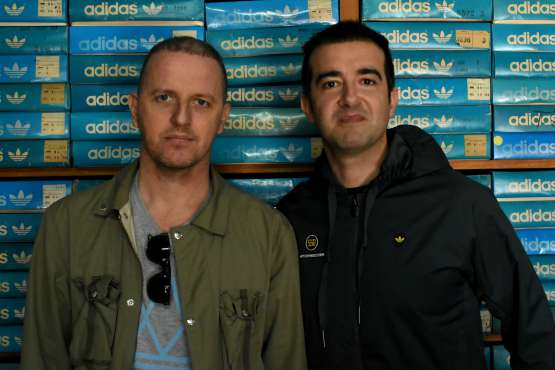 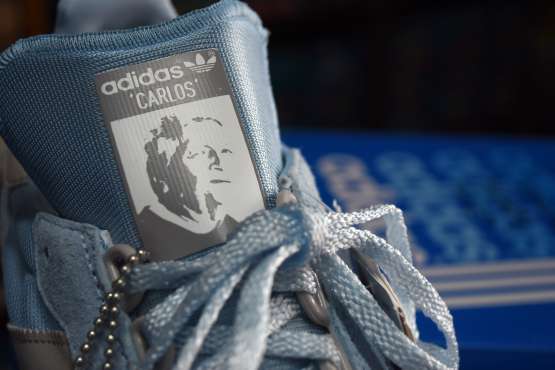 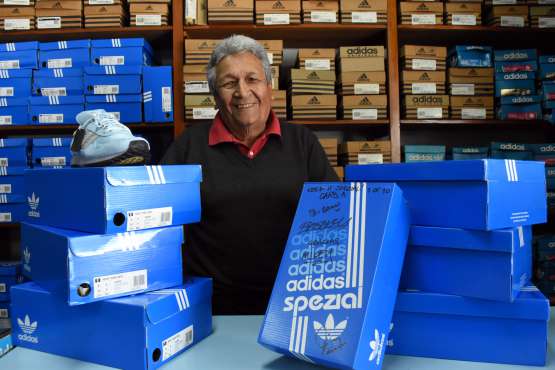