Ian Brown on re-release of 'Solarized' for RSD 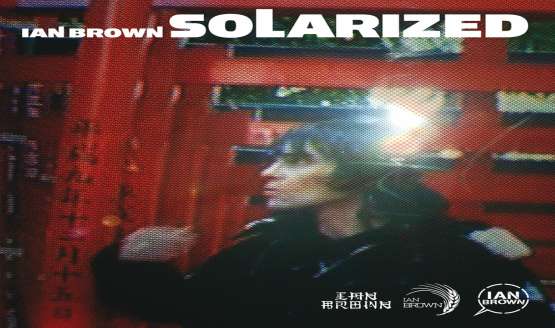 In an exclusive interview with friend our friend Carl Stanley for Louder than War, Ian Brown talked to him about the re-release of Solarized for RSD.

Brown said on why he picked that album: SOLARIZED is the only album of mine that didn’t get a vinyl release first time around so I’m made up its finally being vinylised.

Our friend Ian also picked his fave tracks off the album and the ideas behind those tunes.

"My faves are Destiny or Circumstance on which I play the guitars, Longsight M13 and Keep What Ya Got. “Keep what ya got by givin it all away” was a phrase used by Alan Aspden, Garys Aspden’s (Adidas creator/designer) Dad, and that’s where I got it from. Noel kindly lent me his studio in Surrey with no charge which is where we started recording and I have great memories of that and working in Strongroom East London and Townhouse in West London." and added "My fave though is Time is my Everything. I’d always wanted to do a trumpet tune and I had an idea for a trumpet part on Upside Down and hummed it to Tim Hutton who played it straight back to me. I asked him to help me come up with a tune dominated by trumpets and we came up with TIME, it’s one of my best ever."

To read the full interview, please visit Louder Than War

Thank you for the interview Carl !! Fantastic work!