Ian Brown and his visit to Argentina | Pics & more 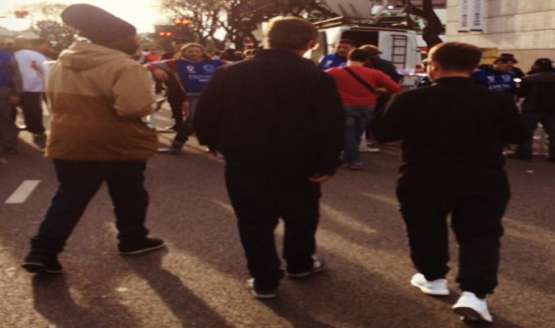 Legendary Stone Roses' frontman Ian Brown was in Buenos Aires a few weeks ago; mid October to be precise to be part of 'Sole Searching South America 2'; the documentary on the vintage adidas store owned by Carlos Ruiz.

During his stay, Brown and the team enjoyed some typical Argentine food and also events. The whole team was looking forward to seeing a match in Argentina. They all wanted to see Boca Juniors (probably one of the most popular teams in South America) and go to Boca Juniors stadium ' La Bombonera' during matchday. Unfortunately, Boca were playing away that weekend and the team went to see archrivals River Plate often labelled by Boca fans as "The Chickens". They were excited to see the match, the home and away fans going absolutely mental, the banners and flags so typical of Argentine football but unfortunately, they were shocked when we told them that away fans were banned from grounds due to several outbreaks of violence the previous season. In fact, a fan was shot dead outside a stadium in Buenos Aires last year. Football violence has been on the up in the last few years and the authorites have decided to prevent away fans from going to football grounds. To make matters worse, River Plate were not playing that well in those days which meant the stadium was almost empty and the match itself was not very exciting. I guess it was far from being what they expected to see. The good thing is that they got to visit River Plate stadium for the first time where the  World Cup Final  took place back in 1978 when Argentina won their first World Cup beating the Netherlands 3-1.

To have a look at some exclusive behind the scenes images, please visit this LINK

River Plate Boca Juniors back in the day when away fans were allowed in. 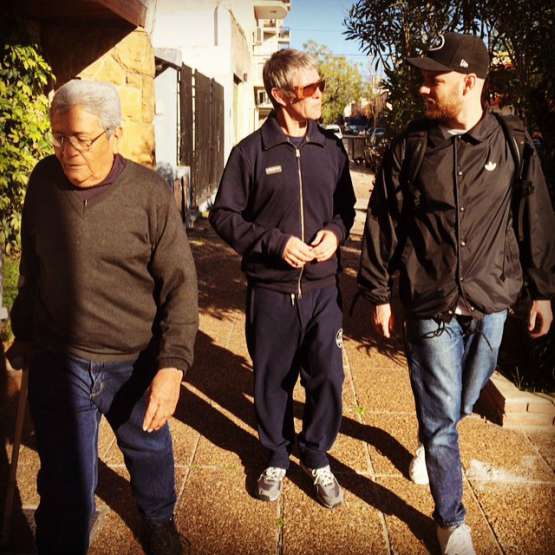 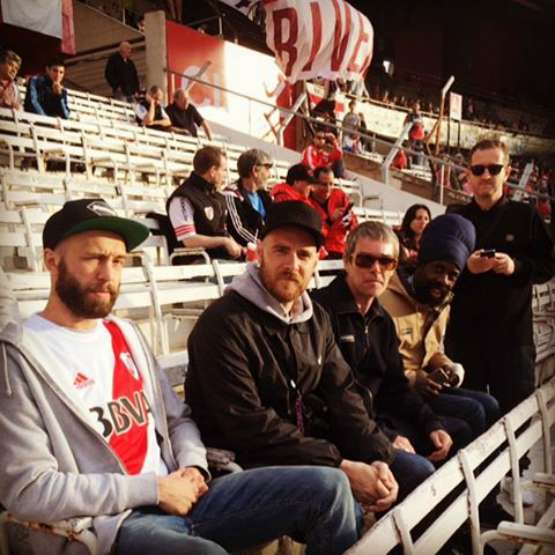 The team at River Plate Stadium. 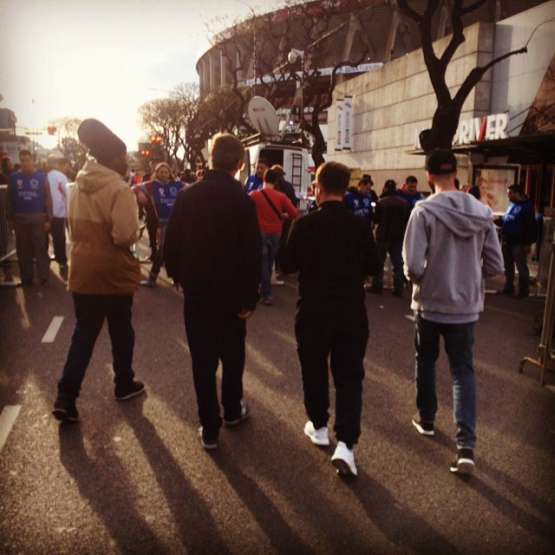 On the way to see River Plate. 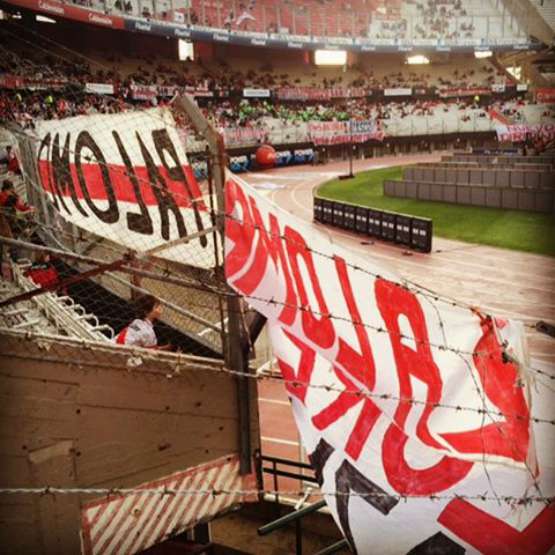 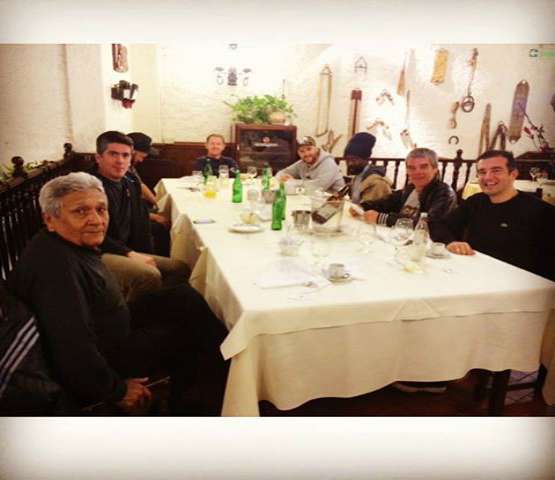 Having dinner with Ian Brown, Don Carlos and the Showstudio team in Buenos Aires.