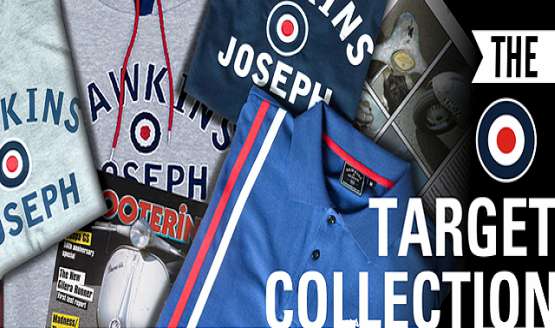 Powered by AB Project
Hawkins & Joseph was set up in May 2014 so the brand is relatively new; just over 2 years old and since it was launched it has got a lot of positive feedback and positive enquire.
Hawkins & Joseph like to say that their brand is all about style, looking and feeling good, but they also want to make it quite clear that there’s so much more to it than that. " It’s just something that’s in us. Deep inside..." They say.

Robert from Hawkins & Joseph says: "Let me take you back to the late 1970’s, the final years in a decade of strikes, power cuts, inept governments, dodgy fashion, even dodgier music, wars on the terraces... Art school Punk had had it’s day and now it was time for REAL people to take the stage, real punk was shouting at THEM, and shouting loud. And as if that wasn’t enough to blow us away, along came 2 Tone, the soundtrack to our formative years.

Not only was the music AMAZING, the clothes that went with the whole 2 Tone thing were just as cool. No need for safety pins or bin liners here, not for us, the kids on the street who were into THE best thing ever, right? Walking down the road in my first “Fred and Harry” made me feel 10 feet tall, nah make that 20 feet tall! We were unstoppable, me and my new best mate Walt Jabsco. He went everywhere with me and he lived on the collar of my first Harrington jacket, 6 quid from the local market in case you were wondering...

It was all about style then and has been ever since. You remember your first pair of Docs surely? Or your first Fila tracksuit? What about the first time you rode your scooter or had your first crop? Think back to the first time you heard The Jam or The Specials? Yeah mate, THAT’S what we’re all about, it’s deep inside, it’s from the heart, it’s about believing in yourself and knowing what you do is right. It’s about holding your head up high and standing by those who believe in you. It’s about REAL people. You and me against the world because Unity IS Strength and we ARE the people. And you know what else? There are Millions Like Us...

Hawkins & Joseph have a wide range of products from Hoodies to Polo Shirts to amazing tees and accessories. Visit their website to have a look at their amazing designs.