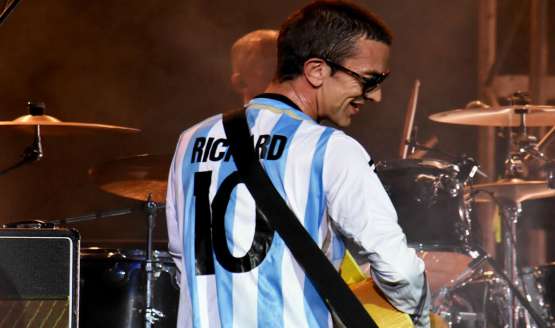 48 years ago today, the music legend Richard Ashcroft was born in the UK. He would soon become one of the most talented singer songwriters Britain has ever produced and one of the best performers I've seen live.

I've always been a huge fan of The Verve's work but his solo work is just amazing as well releasing five albums to this day. He has penned some of the greatest songs of the past few decades such as: On Your Own, Sonnet, Lucky Man, Bittersweet Symphnoy, The Drugs Don't Work, Music is Power, Song for the Lovers and more.

I did an interview with Ashcroft a while ago which you can read here. https://www.kulbritania.com/en/bands/exclusive-interview-richard-ashcroft-it-s-really-exciting-to-be-back

Check out some his best solo songs and videos together with The Verve.