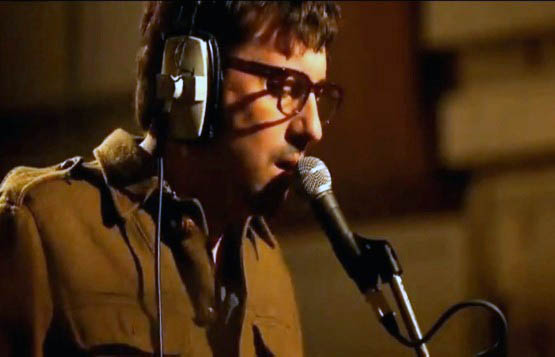 In an interview with total guitar, Graham Coxon talked about touring with Noel Gallagher and the rivalry between Oasis and Blur.

Coxon said: “We never really had any. We were always perfectly nice to each other. Mostly, it was to do with Oasis and Blur fans. I was getting stick from Oasis fans – I never got stick from Oasis. And when I supported Noel, and I was playing my heart out, and I was getting called a wanker by some tosser in the audience… I didn’t want to stand and rant at people, but I just thought, ‘Well, y’know, it was Noel who invited me here. It’s like, the man you’ve come here to see – he invited me to play.’ It just seemed like ignorant gobshites, really – and I’m sure Noel would agree.” and added "I loved touring with Noel. Especially when I was killing a few of my detractors in the audience with some flippin’ blazing guitar solos [laughs].”

In other news, Noel Gallagher talked about new bands.