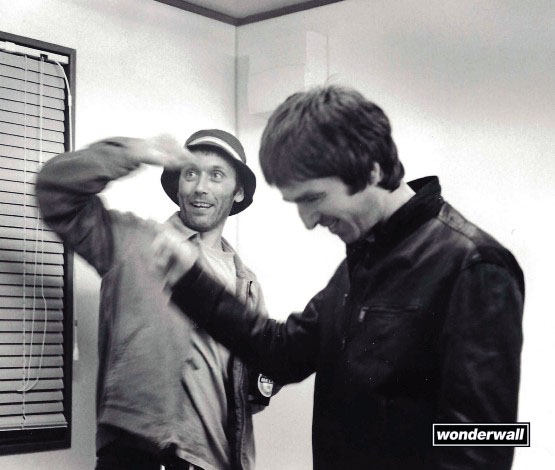 KUL BRITANIA: FIRST PHIL, LET'S BEGIN AT THE BEGINNING, CAN YOU TELL US WHERE YOU GREW UP?

KB: WHAT BANDS DID YOU GROW UP LISTENING TO ?

PS:  The Jam, Echo & The Bunnymen were the main ones

KB: DO YOU REMEMBER THE FIRST RECORD YOU BOUGHT?

PS: First record I bought Masquerade by The Skids back in 1979.

KB: BEFORE MAKING THE SWITCH TO THE TURNTABLES, PHIL YOU WORKED WITH TWO OF THE BEST BANDS TO COME OUT OF MANCHESTER, THE STONE ROSES AND OASIS. WHO DID YOU WORK FOR IN THE ROSES AND WHO IN OASIS?

PS: Worked for Mani in the Roses & Guigs & McCarroll in Oasis.

KB: DO YOU REMEMBER HOW YOU GOT TO KNOW THE STONE ROSES, WERE YOU A HUGE FAN OF THEIR MUSIC BACK THEN?

PS: A friend got a job working at the same place as The Squire in 84. I gave him their 1st demo tape. It was mind blowing

KB: SPEAKING OF THE STONE ROSES, WERE YOU AT SPIKE ISLAND AS WELL? DO YOU THINK THAT GIG PAVED THE WAY TO A WHOLE GENERATION OF NEW BANDS?

PS: Yes, I was working at Spike. Think The Roses influenced most of UK bands of the 90s.

KB: HOW DID YOU THEN START WORKING WITH OASIS MEMBERS, WERE YOU JUST MATES OR DID THEY HIRE YOU BECAUSE YOU USED TO BE WITH THE ROSES?

PS: A bit of both I suppose. I Knew Noel because he worked for the Inspirals as a roadie.