Exclusive Interview | John Lydon: "PIL is a church without religion and without violence" 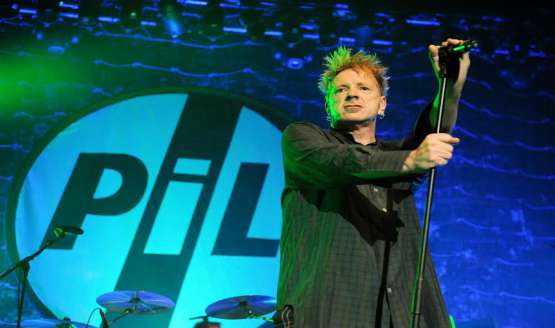 Forty years after punk, John Lydon is still today one of the most outspoken rock stars in the world. Exclusively for kulbritania, Lydon (a.k.a Johnny Rotten) talks about growing up in London, his upbringing, fighting meningitis, Arsenal FC, fellow musicians and friends Ian Brown and Noel Gallagher, his music career, The Sex Pistols, PIL albums and documentary and leading a happy life.

Below you can read our extensive interview with one of Britain's most influential artists of all time: John Joseph Lydon.

KUlBRITANIA: Thank you very much for giving me this interview. It's a pleasure John.
JOHN LYDON: Ok ... let's see what you say at the end (I could hear his laughter on the other side of the phone. I don't know why but at that moment it seemed apparent that it wouldn't be a 40-minute interview in the company of an aloof rock star but just the opposite)

KB: I would like to ask you about the early days? I'd like to ask you about growing up in London back then. Was it tough times?
JL: Very hard times but everybody around me grew up in exactly the same way and environment. We really didn't know any better. Our only indication of a better life was really advertising on the TV about commodities that none of us could ever afford. Our parents were all poor.

We'd see, on TV programmes in the news, mentions of the 'Swinging 60s' and Twiggy and The Beatles but it meant nothing to us because we had no direct roots to it. That's stuck with me ever since. That feeling of us and them because it does exist. I've done everything in my musical career to break those barriers down and during the initials days of punk,you know, we did wonders for the woman's movement because women were able to stand up and hold the stage as strongly and toughly as the men. That was a good aspect of punk. And also, we didn't need to feel like second-class citizens in Britain any longer.

KB: People say that we are a product of our upbringing how much do you owe your parents for your upbringing?
JL: Oh, I owe my parents a great deal. They were a huge influence which I only realised upon their deaths. It is then that you notice you are a reflection of your parents. And they either fill your head with false statements or they give you the chance to work it out for yourself which is what my mum and dad did. They never demanded I do anything. Except not lie and they knew I wouldn't lie anyway because I had such difficulties when I was young, trying to remember what my name was because of meningitis. I'd recovered from a coma but lost my memory at age seven and a half to about eleven. It was very, very tough times. The concept of lying was driven out of me. My parents influenced me, of course. Everything influences you. Now, whether you make that a positive or a negative is entirely up to you as an individual.

KB: Your autobiography, 'Anger is an Energy', deals with some of the problems you had as a child and how you overcame meningitis for instance as you just mentioned? Did that shape the man you became later on in life?
JL: Here I am today and I can say "thank God for meningitis!" because it possibly saved me. It made me a better person. Meningitis told me that lies are not useful tools ... well, unless of course it is the police or the government and there they are almost essential (John roars with laughter and says...) You know ... I am a realist.

KB: Regarding music when you were around the house, John. What records did you use to play when you were young? Did you spend long hours listening to music? Did you always love music?
JL: My mum and dad were very serious record collectors. They loved music and that influenced me a lot. I used to love to be the dj when I was young. I grew up with music constantly and because of the neighbourhood I lived in. (John pauses a bit) The nieghbourhood was very varied, you know...people from all races, creeds, colours and religions. We used to call it 'arsenal land'. I hope they still do. For me, you judge a human being by their actions, their deeds rather than anything else. A good person is a good person. It doesn't matter what they are wearing.

KB: Speaking of music played in the house, you said a few times you don't like The Beatles that much, is it because your parents played them far too much at home?
JL: Bang on! Yeah! You are dead right there! Just constantly...to the point where it drove me mad. We are not talking Sgt Peppers but earlier than that, you know?... the early days, the 'She Loves You! yeah yeah yeah!'. What an awful song! (I can hear John laughing on the other end).

KB: You grew up near Finsbury Park, you are a proper Gunner, we love football, you are a huge Arsenal supporter, what are your first memories of seeing Arsenal? Did you use to go there with your dad or brothers? You still go to see Arsenal when in London ?
JL: Yes, of course! I first lived just one or two streets from there and then we moved to Finsbury Park. Always lived in the same area, though. Always Arsenal. My dad took us to our first game; me and my younger brother Jimmy, and he instructed us 'This is our local team. You should only and always support your local team and be loyal to your local team forever. They are just like you; from the same neighbourhood.'

I know football's changed since but in this way, I'm proper Arsenal because I do believe in community. I haven't seen Arsenal in years. Well, now that I come to think of it, I was there a couple of years ago. I went to Wembley to see them and they lost to Birmingham. But the fun for me was that I had the chance to go to the celebrity area but I won't do that (insists John) I'm with the regular fan. That's how it has to be because that's how I grew up with football, standing in amongst my fellow friends. This is my empathy and my integrity, you know.