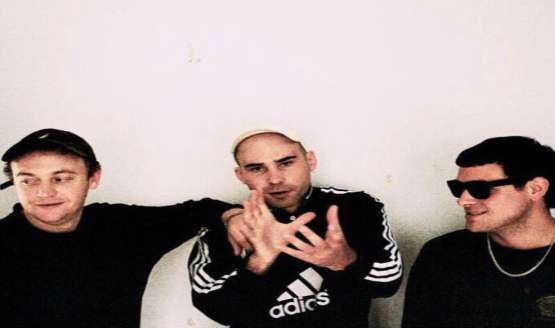 DMA’S can finally announce they will be performing at Glastonbury this Thursday 9pm at Williams Green.  This coveted sunset slot promises to be a key highlight amongst other UK festival dates this year. The band will also be returning to the UK for a headline October Tour, including a headline date at London’s Electric Ballroom (full dates below).

Since DMA’S burst on the scene last year they have not stopped with thrilling and anthemic shows all over the world. Debut Album ‘Hills End’ was released 26th February via Infectious records to wide critical acclaim. Singles ‘Delete’, ‘Lay Down’ and ‘In the Moment' caught the attention of the British media including a Radio One A-List addition, support from Radio X, 6 Music and ‘Record of The World’ from Zane Lowe (Beats Radio).

New single ‘Timeless’ conveys an upbeat rhythm of driven guitars alongside a bass line that is never to be forgotten to create an instant classic. O'Dell's lyrics emotionally vocalise a failed romance as he belts out "Could it make you happy...I wouldn't know you from someone else."

DMA'S played a sold out UK tour in February and have since embarked on a worldwide tour, including Coachella, SXSW and a recent Q headline show at The Great Escape Festival which received rave live reviews... rapidly cementing a reputation as a live band not to be missed.

Tickets for headline  tour are on sale now from www.dmasmusic.com