Different Class: 20 years of a record that changed the face of Britpop 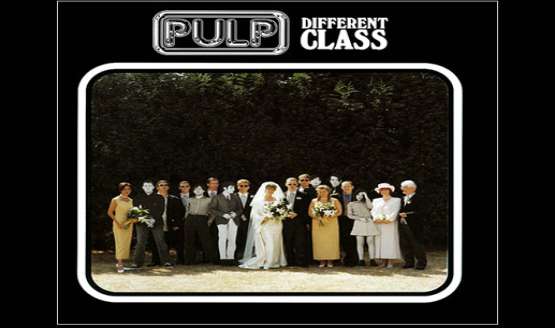 “Please understand. We don’t want no trouble. We just want the right to be different. That’s all.” You can read that phrase at the back of the book of the “Different Class” CD. It’s a noble request that aims to a basic human need: to be accepted. In a way, Pulp was a misfit, even among the rare beings that the Britpop movement could gather. They were part of the beginning of the movement, but stardom got to them nearly fifteen years after their formation. However, exactly 20 years from now, they released a record that depicts the essence of the movement as clearly as any. “Different Class” is a perfect blend of talent and wit, most likely the best record Britpop could offer.

Unlike most of their peers, Pulp’s success took a long time to arrive. By 1995, they released their fifth record, and just a year before they had reached a commercial breakthrough with their
previous record “His ‘n’ her”, which reached number nine in the british charts. By then they had found a sound that suited them perfectly: synthesized pop formed from the roots of glam and post-punk. Fresh, but with shades of darkness. It also had smart lyrics, tales of sexual betrayal, but which lacked the connection to the “commom man” of hit records like Blur’s Parklife”.
However, there was a storm coming that would shock more than one. On Febuary 1995, Pulp released “Common People”. The single was a very effervescent song with a dark feeling about a high society girl who got off by hanging out with working class people. It seemed exotic for her, but as Jarvis clearly points out, she would never be like them because she could stop being “common” whenever she wanted to. This was the first great hit for the group and it earned them a spot in Glastonbury.

“Common People” was a complete success, hitting number 2 on the UK charts, giving a glance of what would probably become Britpop’s greatest álbum. “Mis-shapes/Sorted for E’s and Wizz”, their second single, also got to the second place in the british charts, but that also brought about a little controversy. “Sorted for E’s and Wizz” had a lot of repercussion because Kate Thorton, a journalist from the Daily Mirror, accused the song of encouraging drug use and called for it to be banned. However, Pulp’s frontman denied the accusations stating he would never do that because they “aren’t a solution or answer to anything” and that it was all a misunderstanding.

Two months later, “Disco 2000” and got to the seventh place in the charts. The song told the story of two friends: the narrator and “Deborah”. The narrator was in love with Deborah, but she was much more popular than him, for it was impossible for them to be together. So he pictures what meeting her several years later, in the year 2000, would be. The lyrics are based in Jarvis’s life, and it holds up as one of Pulp’s most beloved hits. “Mis-Shapes” also deserves a recognition. It was Pulp’s second biggest hit (“Common People” being the first) and had as much value as a song for the audience as a manifesto for the group. Jarvis Cocker has always been a weirdo: too smart, too sharp for the common folk. However, “Mis-Shapes” was a revenge of the geeks, a flag for the oppressed. It was a call to arms for those mistreated for being different. Funny enough, the situation ends with the neverending paradox of having a wierdo become a character praised by all sort of people, even those who had bullied him. “Mis-Shapes” is the perfect description of Pulp as a band and Cocker as a person.

On October 30th 1995, after 3 released singles, “Different Class” hit the stores and rapidly became the number 1 record in the UK. The record was, and still is, perfect in many ways. The
music was much more polished than in the earlier records, simple but overlayered pop, clean and elegant. The lyrics, mostly about sex and class struggles, are unique, full of unparallel wit.  In some ways, when one listens to it you can’t help but feeling in a sociology class. “Different class” is undoubtedly one of the best álbum in british rock. It later put them in the limelight and to everlasting recognition. Afterwards, drug and alcohol abuse would take a much darker side of Jarvis Cocker in a later record and a break up of the group several years later. whose reunion would arise four years ago. However, even twenty years after its appearance, “Different Class” is as current as when it was released, even more now that the misfits managed to take over the world.