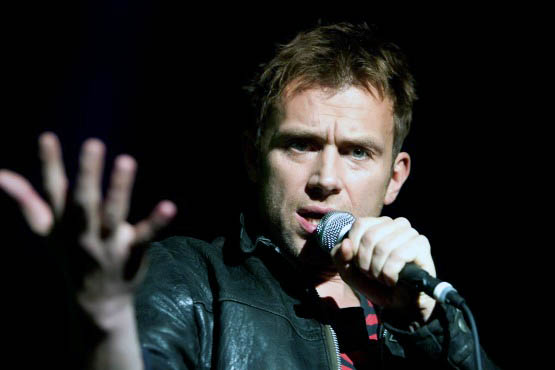 In an interview with Q Magazine, Damon Albarn talked about Gorillaz' new song 'We Got the Power' which features former Oasis archrival Noel Gallagher and Graham Coxon and said.

“It’s like the song at the end of the movie. It went through so many versions. At one point I got carried away and had Graham and Noel and me. It was going back to the glory days of the ’90s! Itwas not working at all, and then Jehnny got involved. When we play it live, Noel and DRAM will sing harmonies together. Now that’s a juxtaposition.”

Jehnny Beth (Savages): “The record was almost done when he contacted me. He said it was a reflection of our times: the scary things that are happening politically and socially. I could relate. A few weeks earlier I’d written these words for a song of mine but I wasn’t happy with the music and this was the same ‘We can do it’ kind of song. In the studio it was chaotic in a goodway.'

In other news, Morrissey turned down offer to appear on Gorillaz album.