Casual Weekend: The Firm and other casual films 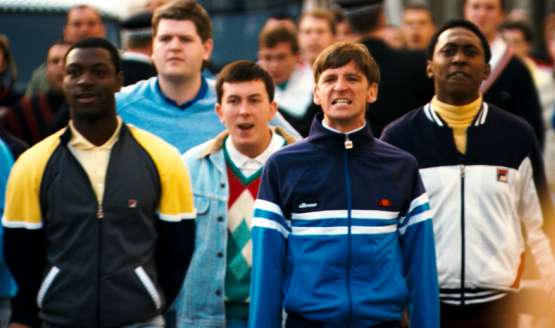 We have a look at the 10 Casual films all our readers should know. Guess some of you must have seen them all but well here's our favourite 10. What's your favourite? Anyone you'd like to add to the list? let us know. 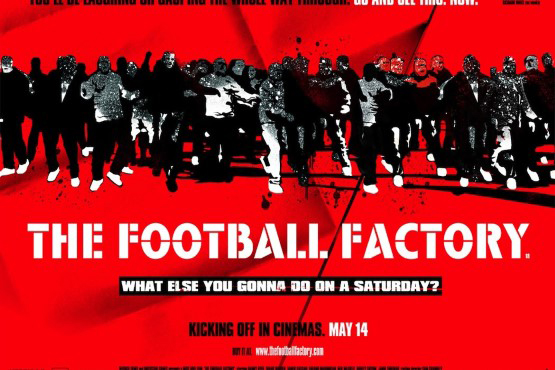 The Football Factory is a 2004 English film directed by Nick Love. The film stars Danny Dyer, Tamer Hassan among others.
It is loosely based on the novel of the same name by John King and is the first foray into film making by video game producers Rockstar Games, credited as executive producers.
In 2004, Chelsea F.C. football supporters' fanzine cfcuk produced a special edition - "cfcuk - The Football Factory" to coincide with the release of the film. Director NICK LOVE revealed that filming for The Football Factory 2 has already underwent in an interview with FHM. Love has announced that there will be a return of the original cast and that the movie will take place 7 years after the first film. The release date is currently unknown. 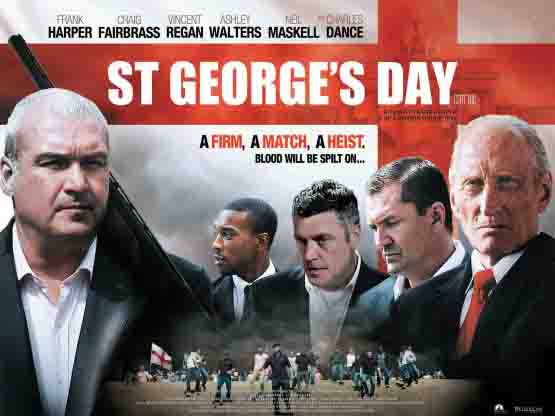 St George's Day is a 2012 British gangster film. It was directed by Frank Harper  and starred Craig Fairbrass, Frank Harper, Charles Dance, Vincent Regan and Keelley Hazell.
Infamous cousins Micky Mannock and Ray Collishaw run London's top firm.
But their supremacy in the capital's gangster underworld is threatened when they lose a drug shipment belonging to the Russian Mafia.  The stakes could not be higher as they plan an audacious heist in Berlin. If successful, this could pay off their debts and set them up for life. Hiding out among an English super-firm gearing up for a massive showdown as the 3 Lions play Germany on St. George's Day, their gang have just one shot at the job. But with the cops and Russians on their trail, the last thing they need is a grass in the ranks. 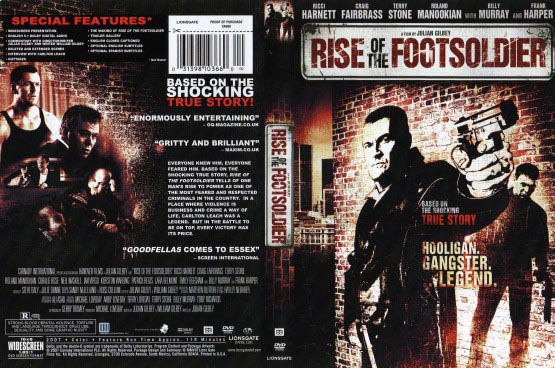 Rise of the Footsoldier is a 2007 British crime film released on 7 September 2007. It is the third film from BAFTA nominated director  Julian Gilbey. It is a gangster film based on the true story of the Rettendon murders and the autobiography of Carlton Leach, a former football hooligan of the infamous Inter City Firm (ICF) who became a powerful figure of the English underworld. 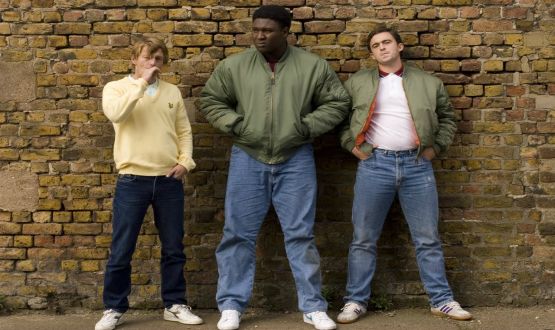 CASS is based on the true story of the life of Cass Pennant, adapted from his book. The film tells of how he was adopted by an elderly white couple in 1958 and brought up in SLADE GREEN, an all-white area of London. Cass is forced to endure racist bullying on a daily basis from local children, who also ridicule his feminine sounding name, "Carol", a name give to him by his Jamaican biological parents. Cass adopts his new nickname after the boxer CASSIUS CLAY. His adoptive father starts taking him to see West Ham United on a regular basis, and he becomes involved in hooliganism aged 14 after helping the Inter City Firm, The West Ham Hooligan Firm, fight Wolverhampton Wanderers supporters in 1972. 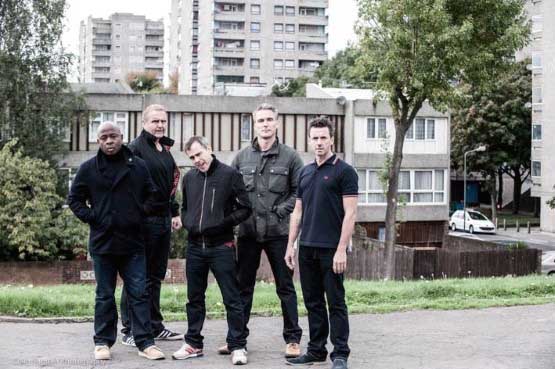 The Guvnors is a violent thriller set amongst the clans and firms of South East London, bringing two generations together in brutal conflict. This story's alpha is Mitch who lives buried in suburban London, having turned his back on his previous life of casual violence and intimidation  as part of a legendary South East London firm. 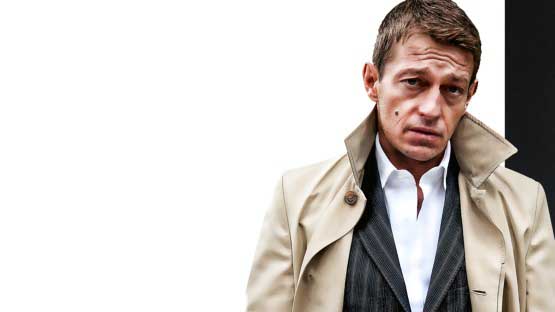 Top Dog is a crime drama film written by Dougie Brimson, directed by Martin Kemp and starring Leo Gregory, Vincent Regan and Ricci Harnett. A hooligan boss Billy Evans (Leo Gregory) feuds with gangster Mickey (Ricci Harnett) over a backstreet protection racket and quickly finds himself out  of his depth as events rapidly escalate and he finds that he has taken on far more than he can chew. 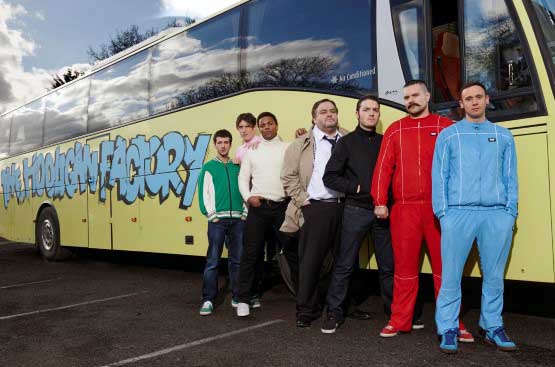 Danny wants something more. Expelled from school and living in his grandfathers flat, he longs to live up to the image of his estranged father Danny Senior.  Sent to prison for force feeding a judge his own wig Danny Senior was a legend and Danny is looking for a way to emulate his father's achievements and rise to be "top boy". Meanwhile in Wormwood Scrubs prison legendary football hooligan Dex is about to be released. Dex is on a quest of his own, one of vengeance against his nemesis and rival firm leader Yeti. But when Danny and Dex's paths cross they embark on a journey as old as hooliganism itself. 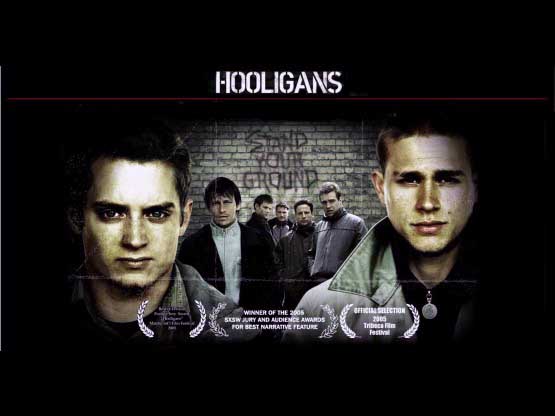 Green Street is a 2005 British-American independent drama film about football hooliganism. It was directed by Lexi Alexander and stars Elijah Wood  and Charlie Hunnam. In the United Kingdom, it is called Green Street. Great soundtrack. 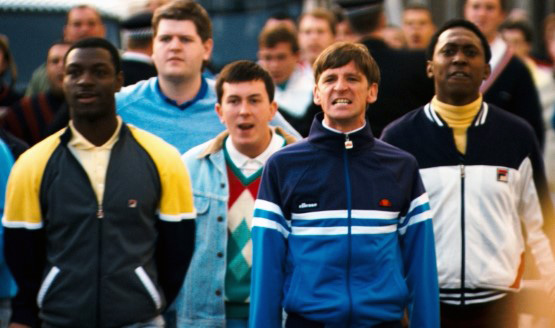 Set in the 1980s, Dom is a teenager who finds himself drawn into the charismatic world of football 'casuals,influenced by the firm's top boy, Bex. Accepted by the gang for his fast mouth and sense of humor, Dom soon becomes one the boys. But as Bex and his gang clash with rival firms across the country and the violence spirals out of control, Dom realizes he wants out - until he learns it's not that easy to simply walk away. Loosely adapted from Alan Clarke's 1989 classic TV film for Screen Two, Nick Love's film is set earlier in the 1980s; around 1984. 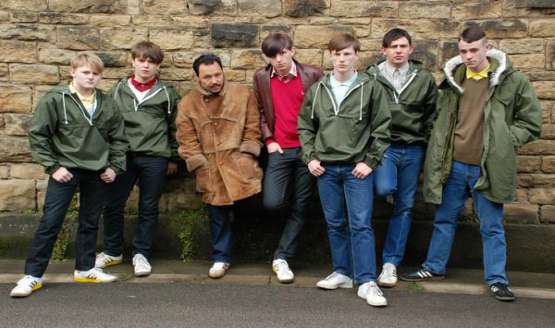 Awaydays was shot in 2009. It was directed by Pat Holden and stars Stephen Graham. It is based on the novel of the same name by Kevin Sampson, originally published eleven years previously in 1998. The film follows Paul Carty, a 19 year-old in the aftermath of his mother's death who becomes part of The Pack - a legendary group of  football hooligans who dress casual and wear adidas original cagoules, carry Stanley knives and follow Tranmere Rovers F.C.

Four policemen go undercover and infiltrate a gang of football hooligans hoping to root-out their leaders. For one of the four, the line between 'job' and 'yob' becomes more unclear as time passes 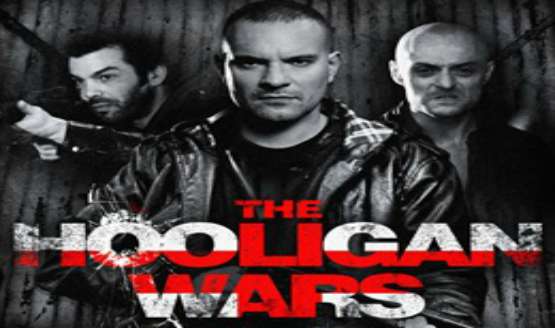 A bar fight leaves up-and-coming professional footballer Andy injured and out of the game. Needing money to support his wife and himself, he buys an ice cream van and sets to work. However, he soon finds himself battling intimidation from foreign gangs who use the ice cream