Cambridge Live to Commemorate the Life of Syd Barrett 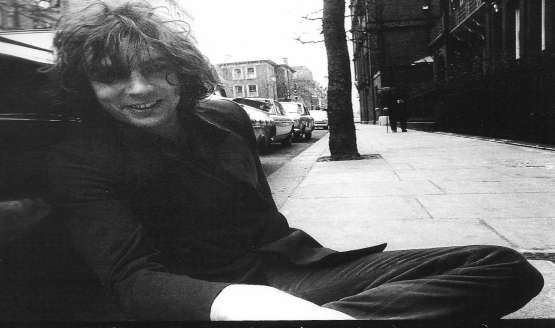 Today would have been Syd Barretts 70th birthday.

Cambridge Live has announced that it plans to commemorate the life of Pink Floyd founding member Syd Barrett with a piece of public art that will be displayed at the Cambridge Corn Exchange, the location of his final ever live concerts.

The organisation, which runs the Cambridge Corn Exchange and Cambridge Folk Festival following a transfer from Cambridge City Council on 1st April 2015, applied to Cambridge City Council for Section 106 local devloper funding to enable a piece of public art to commemorate his last ever public perfomances, which was granted at its Community Services Scrutiny committee on 8th October 2015.

Roger Keith ‘Syd’ Barrett co-founded Cambridge’s most famous band Pink Floyd in 1965 along with Nick Mason, Roger Waters, and Richard Wright. Active with the band for just under five years, Syd’s innovative guitar work and exploration of experimental techniques helped created the band’s unique psychedelic sound and most of the band's early songs, including the singles ‘Arnold Layne’ and ‘See Emily Play’ and much of their first album ‘The Piper at the Gates of Dawn’. Syd Barrett also began a solo career in 1969 releasing debut solo album ‘The Madcap Laughs’ in 1970. Regarded by many as a creative genius Barrett was also an avid painter.

Syd Barrett played his last ever live concerts at the Cambridge Corn Exchange in 1972 as part of the short-lived band Stars with his final ever live appearance supporting the band Nektar at the venue in 1972.

Using the public art funding provided by Cambridge City Coucil, Cambridge Live plans to work with Syd’s family and the local art community to commission a piece of art to commemorate his life and work and also his association with the venue. The art, which could take the form of a painting, sculpture or installation, will be displayed for the 200,000 people who visit the venue each year to see.

Neil Jones, Operations Director for Cambridge Live said “Syd Barrett is integral to the musical heritage of the city. His contribution to the psychedelic early sound of Pink Floyd is immense and we wish to celebrate his life and work and remember the fact that he played his last ever live appearances at the Cambridge Corn Exchange”.

Carina O’ Reilley, Executive Councillor for City Centre & Public Places said “It is fitting that the life and legacy of someone as creative as Syd Barrett is remembered through a publically accessible piece of art and particularly in a place where he made his last public performance. Cambridge City Council is pleased to help enable this commemoration to the memory of the city’s most famous musical son”.

Speaking on behalf of the Barrett family Syd’s sister Rosemary Breen said “We welcome this opportunity to commemorate Roger (Syd). He was bright, funny, quirky and witty and was an artist not just in terms of ‘music’ or ‘paintings’ but in a much wider sense. We look forward to working with Cambridge Live to create a lasting memory of an inspiring man”.