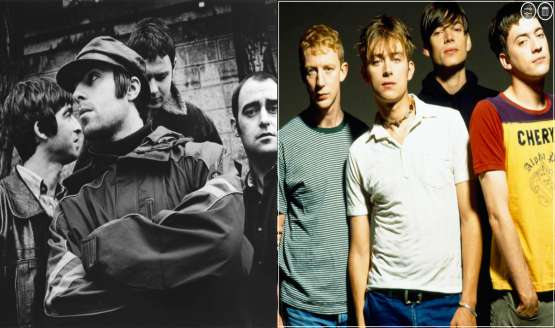 Blur’s Graham Coxon has said that the band would support Oasis for £250m.

The tounge-in-cheek comment was made by Coxon in response to Noel Gallagher’s recent claim that he would reform Oasis for “half a billion” and Alex James’ subsequent suggestion that Oasis should support Blur on tour. “That’s just Alex being provocative. For a quarter of a billion, we’ll support them,” Coxon said in a new interview with The Mail on Sunday.

In the same interview Alex James reiterates his dream of seeing Oasis play before them. He said: “Liam likes our new record and Damon and Noel have become best friends. So I really hope Oasis get back together again. I’d love them to support us.”

So what do you think? Should Blur support Oasis or Oasis support Blur?