Blossoms want to be as big as Oasis 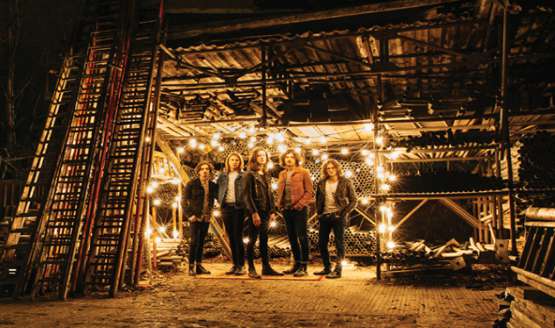 In an interview with The I Paper, Tom - whose first concert was watching Oasis play a massive open air show at Manchester's Heaton Park - said: "Oasis come from a similar area to us: Burnage is about is about six bus stops away from Stockport on the way to Manchester. We've grown up listening to their attitudes, what they say about there being no limit. I've never understood wanting to be an underground band. I just want to write big choruses and be massive."

Blossoms supported fellow Manchester indie legends The Stone Roses at the Etihad Stadium last summer and since the release of their self-titled debut album their fan base has been growing and growing.