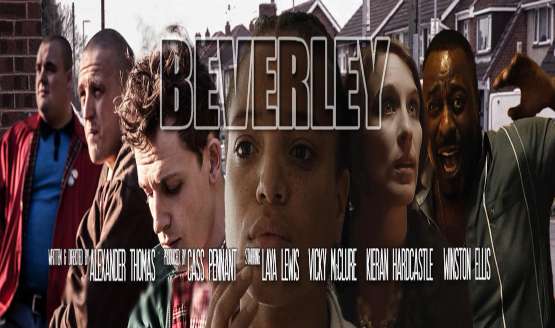 Beverley is a short film written and directed by Alexander Thomas and produced by Cass Pennant and starring Vicky McClure and Laya Lewis. It follows the identity struggles of a mixed-race teenager who moves to white suburbia. Her fight to fit in with the local gang leads to devastating consequences. It has screened at more than 100 festivals worldwide and was longlisted for the 2017 Academy Award for Best Live Action Short. It has won thirty-six awards, including Best of Fest at St Louis International Film Festival and Best Short Film at the UK National Film Awards 2017. Beverley's producers are currently seeking finance to fund a feature production of an original script provisionally titled Rude Girl. If you are interested in this viable proof-of-concept and are a source of finance (production company or studio) please inbox us your contact details. Directed by Alexander Thomas Produced by Cass Pennant DOP Paul Ozgur Editor: Kristof Deak Composer: Rael Jones Screenplay by Alexander Thomas

You can now watch Beverly below